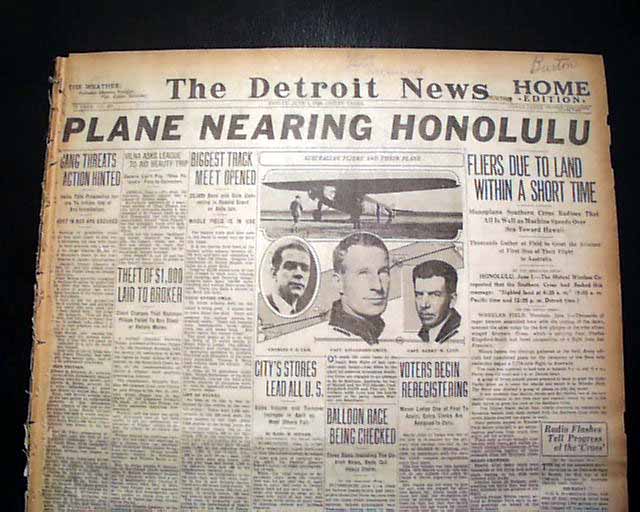 The front page has a banner headline: "PLANE NEARING HONOLULU" with subheads and pictorial (see photos)

Other news of the day of the day throughout. Complete in 60 pages, light browning with some margin wear, mostly along spine.