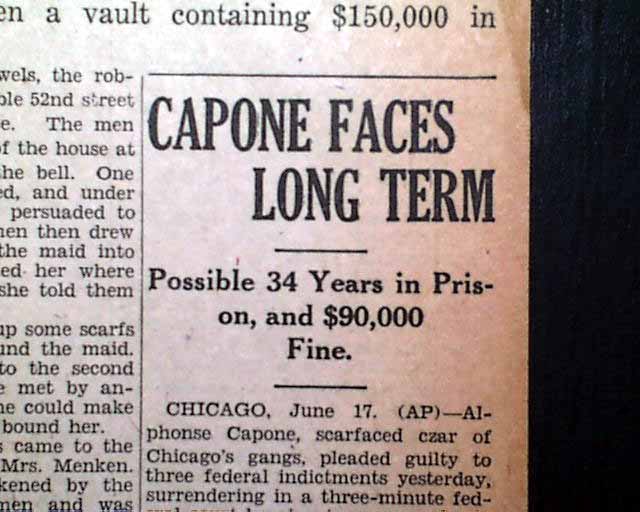 The front page has one column headings: "CAPONE FACES LONG TERM", "Possible 34 Years in Prison, and $94,000 Fine". This is 1st report coverage on Al 'Scarface' Capone pleading guilty Income tax evasion. He would later retract his plea after he realized the potential penalty he would receive. He would eventually be found guilty later that year which would end his criminal career.

Other news, sports and advertisements of the day. Complete in 8 pages, a few small binding holes along the spine, otherwise good condition.