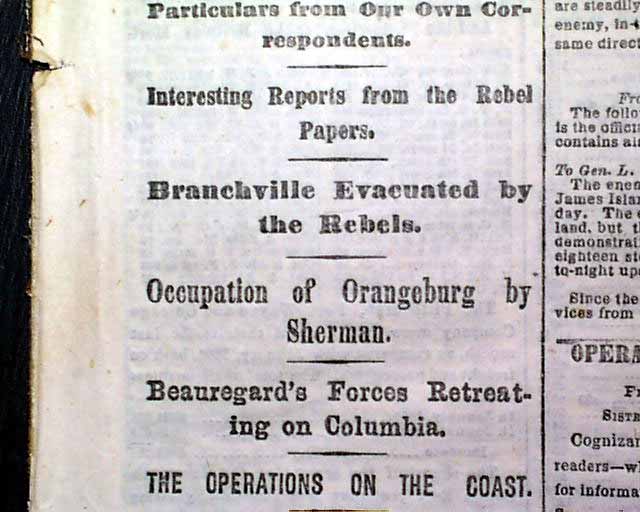 This Genuine newspaper has a Wealth of Civil War reporting from during Abraham Lincoln's administration. Among the one column headlines on the Civil War are: "SHERMAN'S MARCH", "Official Dispatches from the Army", "Branchville Evacuated by the Rebels", "Occupation of Orangeburg by Sherman", "Beauregard's Forces Retreating on Columbia", "The Operations On The Coast" and more. (see)