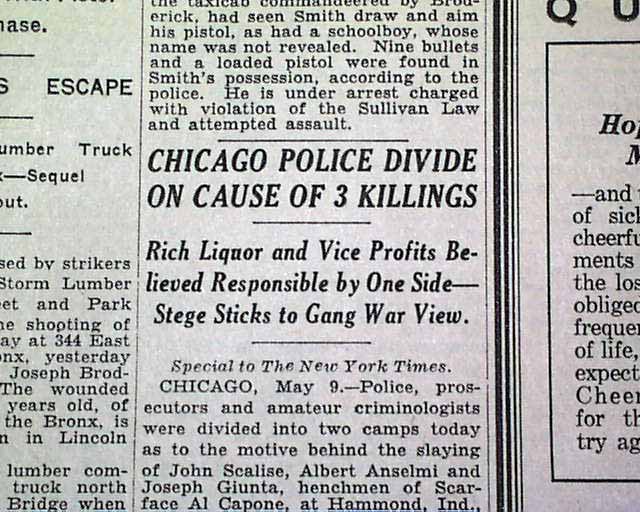 Page 28 has one column headings: "Chicago Police Divide On Cause Of 3 Killings" "Rich Liquor and Vice Profits Believed Responsible by One Side--Stege Sticks to Gang War View"

1st report coverage on the assassination of three members of the Chicago Outfit including hitman John Scalise.

This issue contains other news, sports and advertisements of the day. Complete in 56 pages, it has minor spine wear, but is otherwise in nice condition.