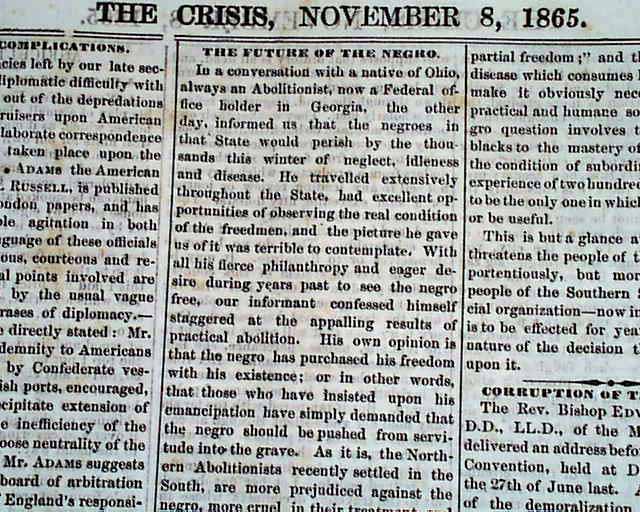 Reports from the aftermath of the Civil War including: "Admission Of Southern Representatives""Message of the Governor of South Carolina" "Governor's Proclamation - Thanksgiving for Victory, Peace, and Our Country Saved" is from Ohio; "The Future of the Negro" "Is The Union Restored, or the Republic Destroyed?" "Another War Threatened" 'The Trial of Mr. Davis" "Interesting Blacks" "The Last Hours of Lee's Army" and much more.
Eight pages, never bound nor trimmed, very nice condition.