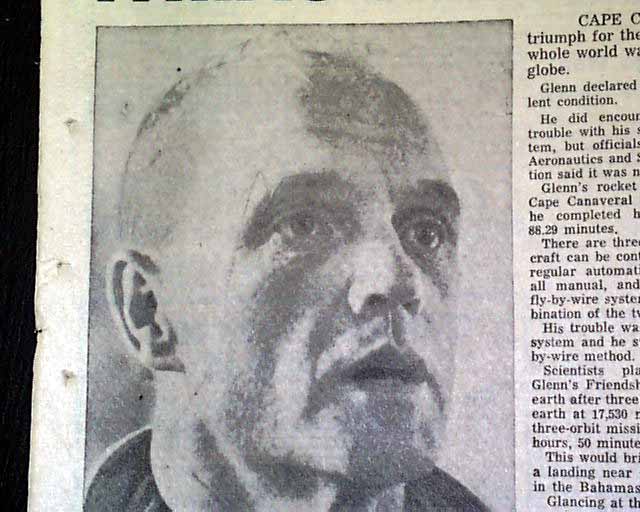 The front page has a nice banner headline: "Glenn Becomes First American To Orbit, Whirls Around Globe in Excellent Condition" with subheads and nice photo of Glenn. 1st report coverage on John Glenn becoming the 1st American to orbit the Earth. Nice for display. You also get the following days' paper with a follow-up report.

Other news, sport and advertisements of the day. Complete in 18 & 52 pages, nice condition.