Home > Back to Search Results > Early flight... catapulting planes from a cruiser...
Click image to enlarge 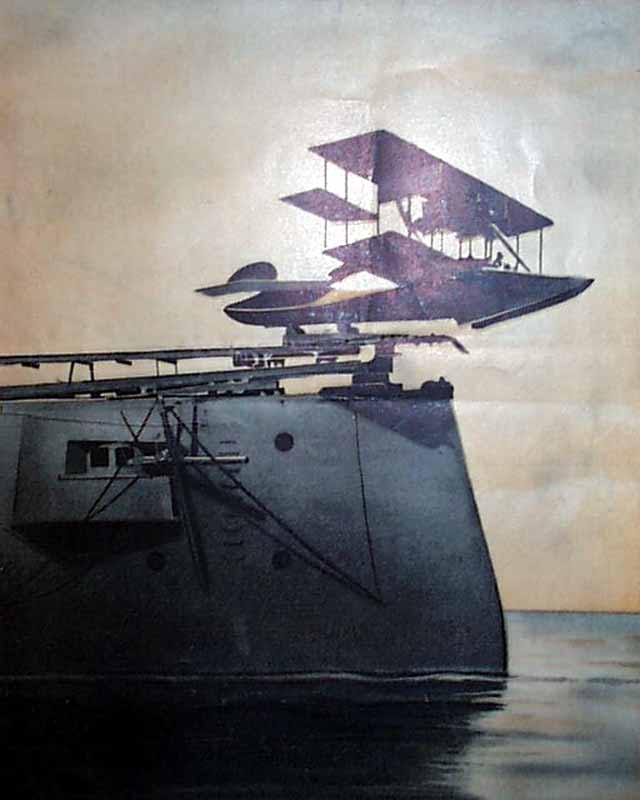 
SCIENTIFIC AMERICAN, New York, March 18, 1916  The full front cover has a duotone illustration entitled "Launching A Sea Plane From The After Deck Of The U.S. Armored Cruiser 'North Carolina'" with an accompanying inside report "Widening the Range of the Fleets Eyes By Means of the Aeroplane Catapult."
Also within the issue is: "Operating Trains across the Great Divide by Power from Water Falls"; "Million -Volt Commercial Frequency Transformer"; "German Military Railroad Organizations at Work"; and additional articles, illustrations and advertisements.
This is complete in 20 pages with several small binding holes along the left spine and a faint library stamp in the top margin on the front page, otherwise is in good condition. 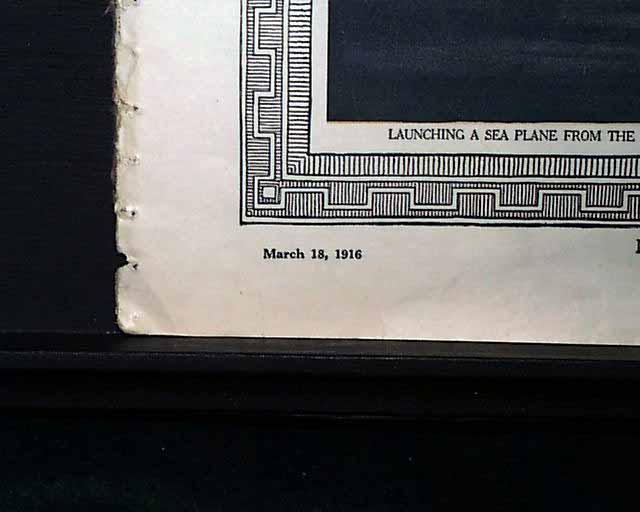 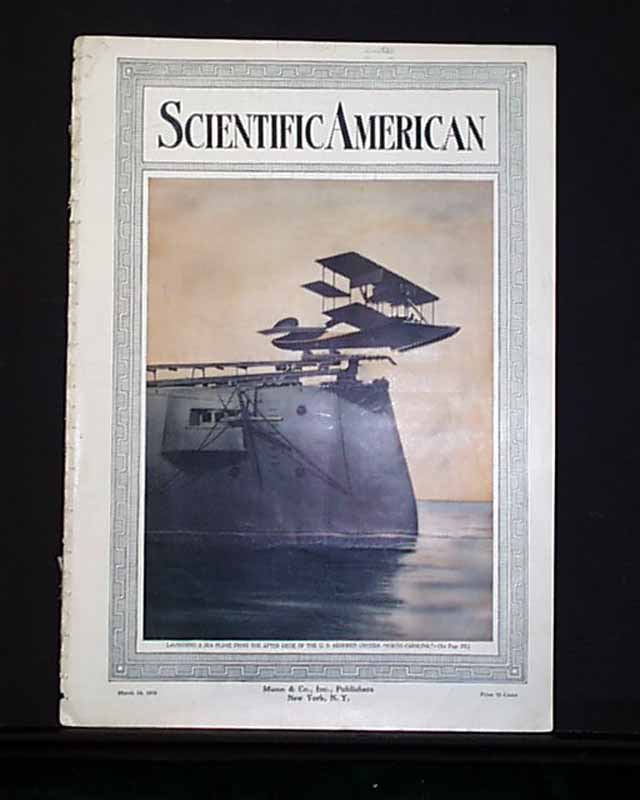 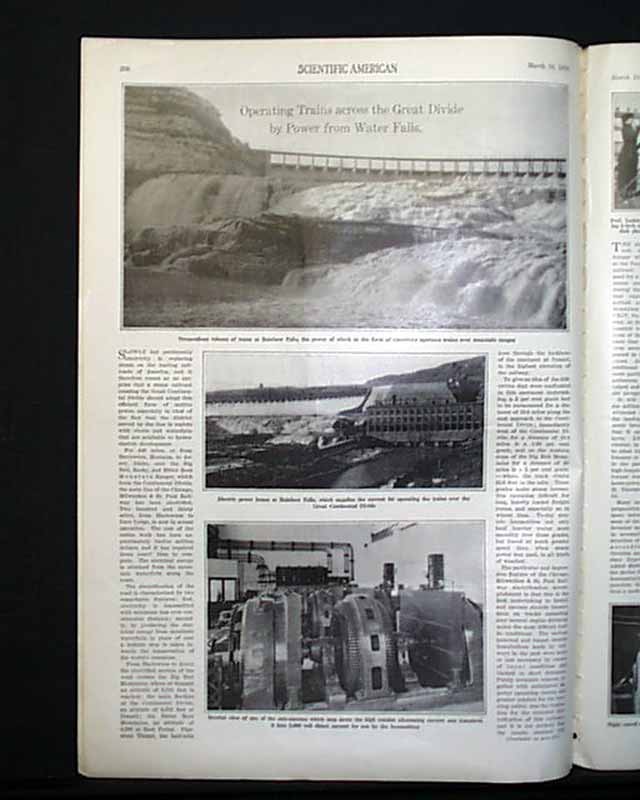 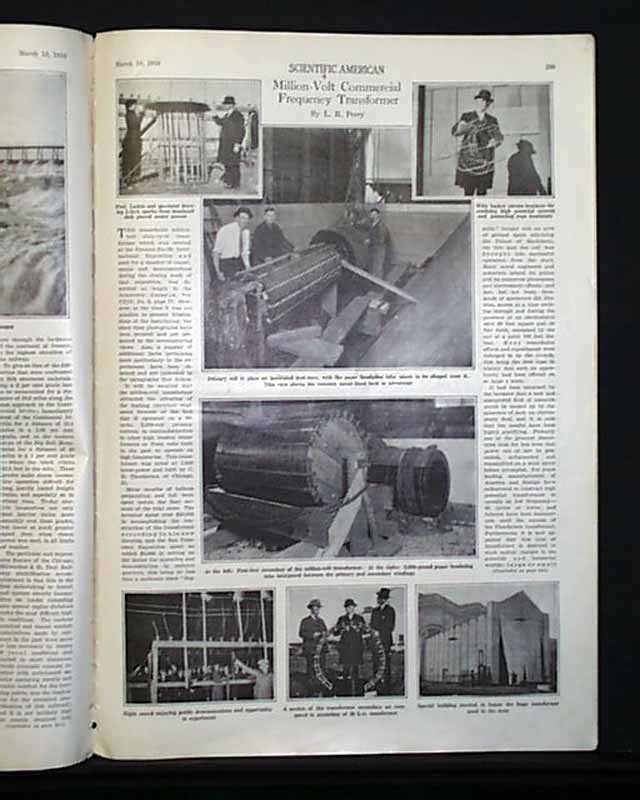 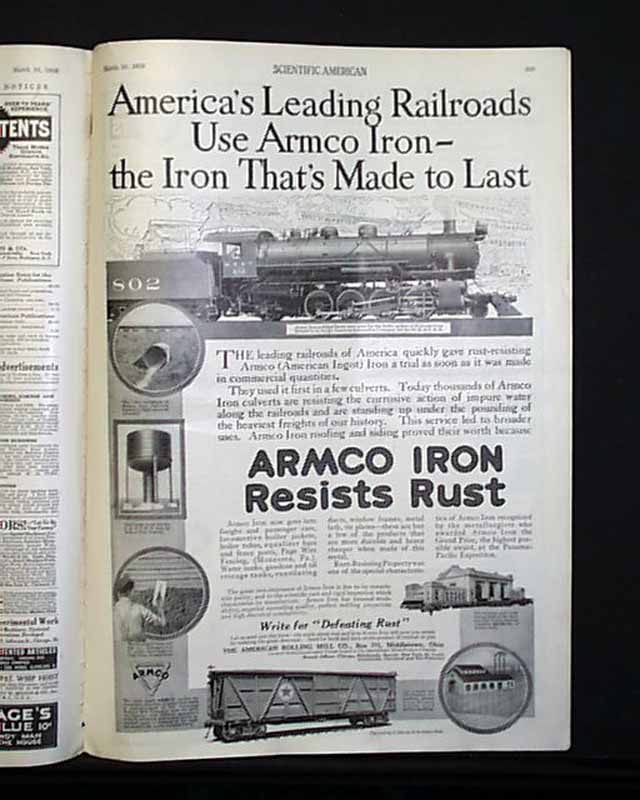 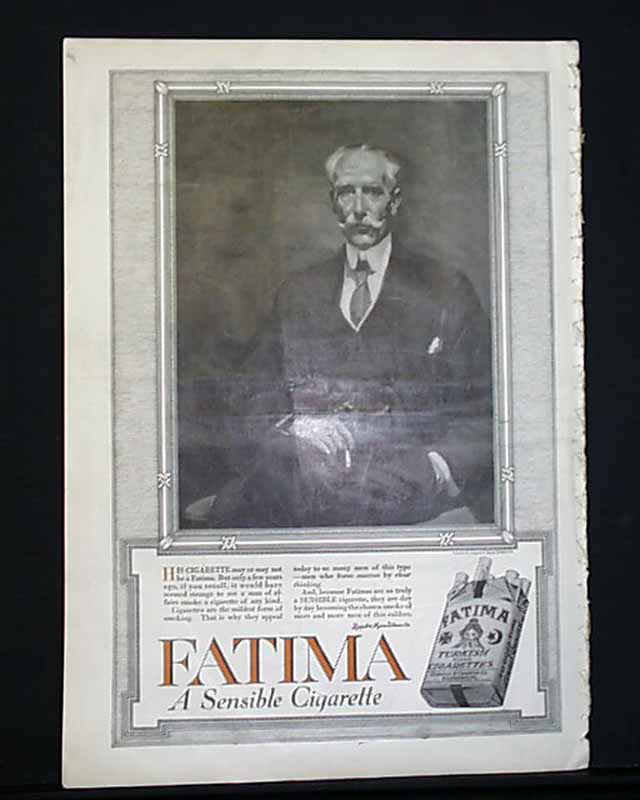