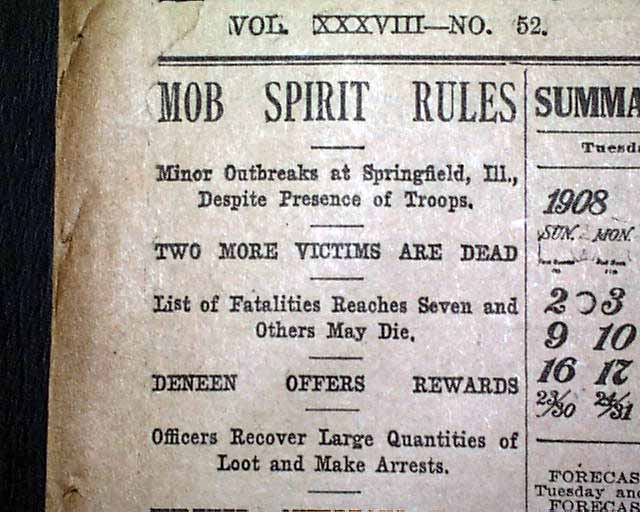 The front page has one column headlines: "MOB SPIRIT RULES", "Two More Victims Are Dead", "List of Fatalities Reaches Seven and Others May Die", "Further Outbreaks Feared" and more (see photos). This is coverage on the the Springfield, Illinois race riot.

wikipedia notes: The Springfield Race Riot of 1908 was a mass civil disturbance in Springfield, Illinois, USA sparked by the transfer of two African American prisoners out of the city jail by the county sheriff. This act enraged many white citizens, who responded by burning black-owned homes and businesses and killing black citizens. By the end of the riot, there were at least seven deaths and US $200,000 in property damage. The riot led to the formation of the National Association for the Advancement of Colored People, a civil rights organization.