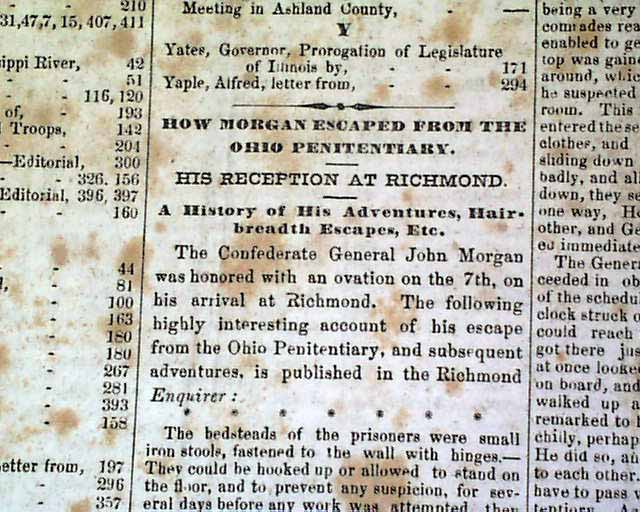 Among the various "Late News" on the front page is: "A sale of confiscated property in Virginia, opposite Washington, took place...The Arlington estate, thek property of Gen. Robt. E. Lee, was bought in by the government for $26,000...The Arlington estate is to be converted into a negro establishment as has the plantations of Henry A. Wise, Jefferson Davis & his brother..." & "...houses of the Penna. legislature have...nominated Abraham Lincoln for the next Presidency..." (see).
Items inside include: "War News Of The Week" and the back page has a very lengthy: "How Morgan Escaped from the Ohio Penitentiary" 'His Reception at Richmond--A History of His Adventures, Hairbreadth Escapes, Etc."
Eight pages, various foxing, generally nice condition.