Home > Back to Search Results > News from the French & Indian War...
Click image to enlarge 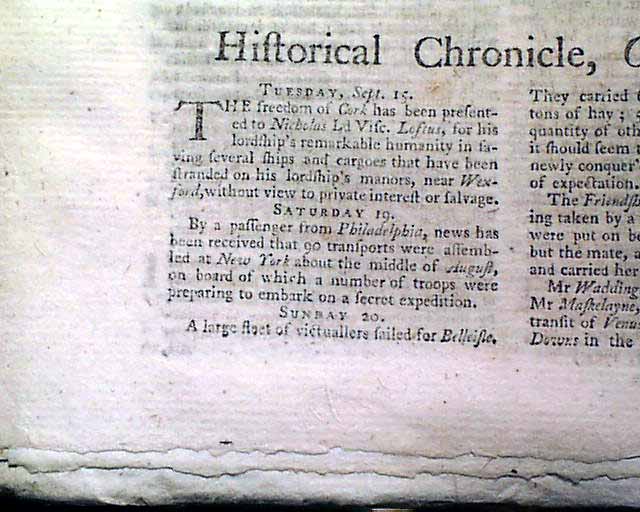 THE GENTLEMAN'S MAGAZINE, London, October, 1761  Among the items in this issue are: "...Virtues of Hemlock in the Cure of Ulcers" "Of the Inventions for Discovering the Longitude" "Artful Management of the French in Concluding Treaties" "Particular Account of Mr. Pitt's Resignation" "Letters for and Against Mr. Pitt" with some of this content relating to the French & Indian War; "Partiality of the Spaniards to the French Nation" and more.
There is also an article: "Indigo Manufactory at South Carolina" (see for portions).
Near the back is the "Historical Chronicle" which has various news reports of the day & which includes note that: "...news has been received...transports were assembling at New York...on board of which a number of troops were preparing to embark on a secret expedition." There is also a brief report from Quebec noting: "...the Canadians say that for 19 years past they have not had equal case & leisure for the cultivation of their lands, nor a more promising crop upon the ground; the Indians, however, are not so well satisfied with the change of government, the opportunities of plunder having now ceased." (see)
The entire back page is taken up with a chart headed: "Each Day's Price of Stocks in October, 1761".
Complete in 46 pages with full title/index page, measures 6 by 8 3/4 inches, untrimmed margin so they are wider than normal, very nice condition. Lacking the map called for. 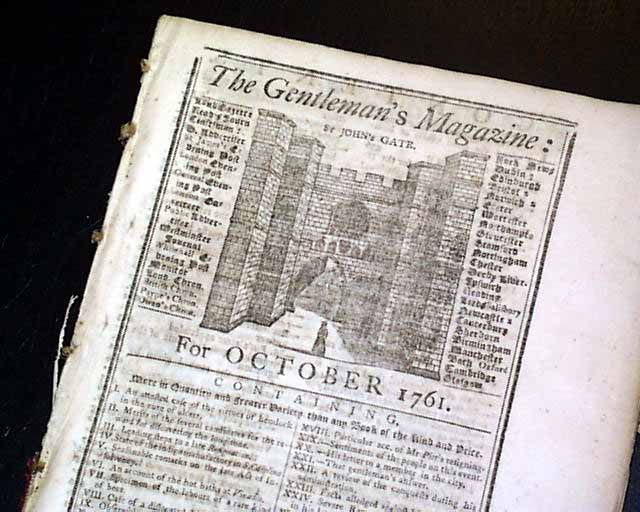 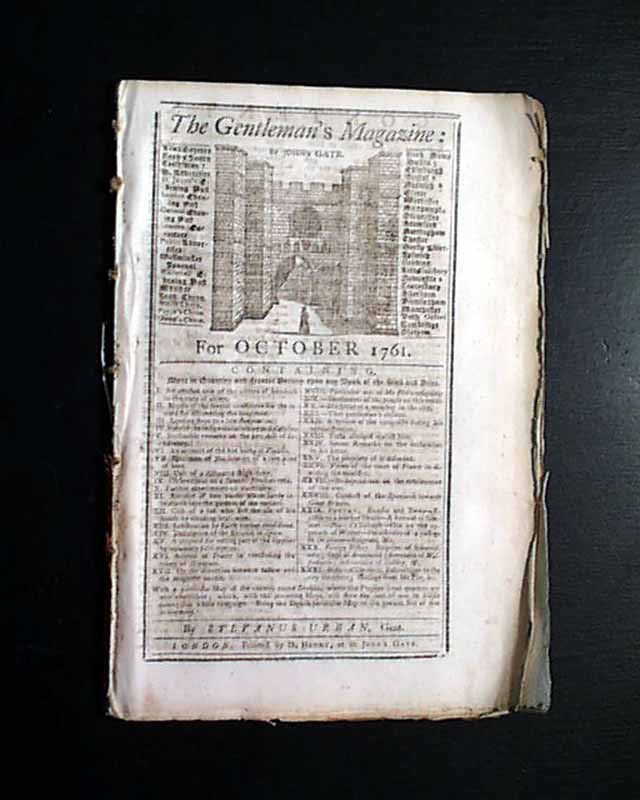 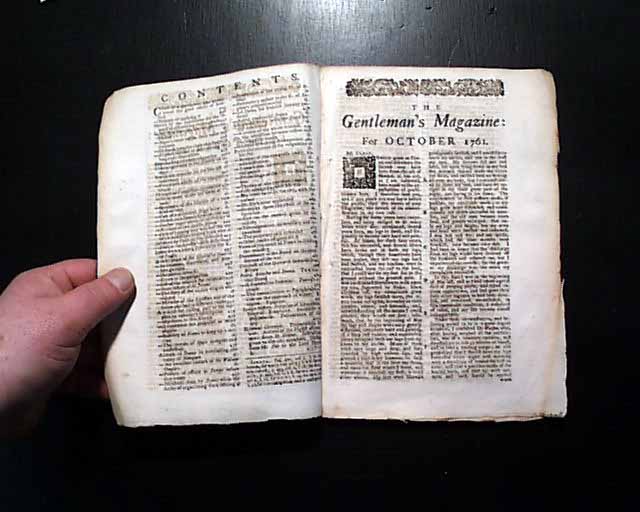 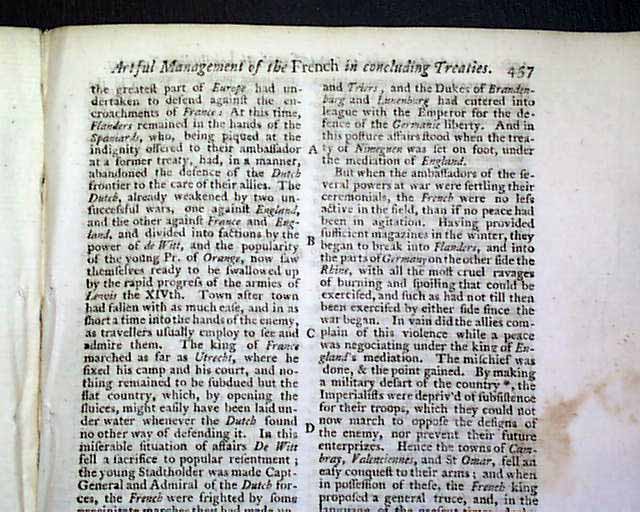 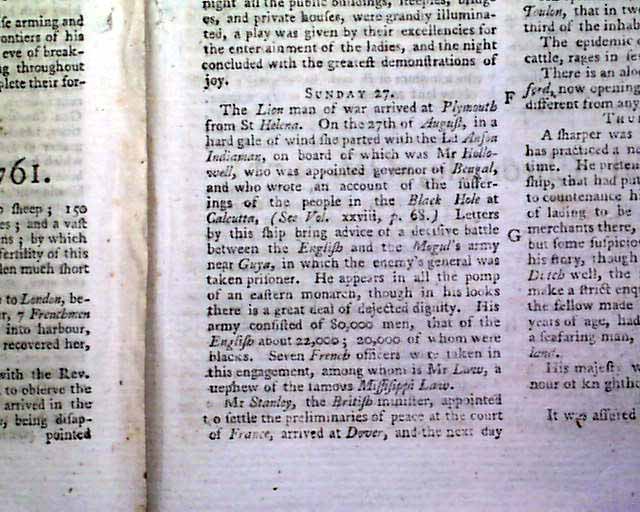 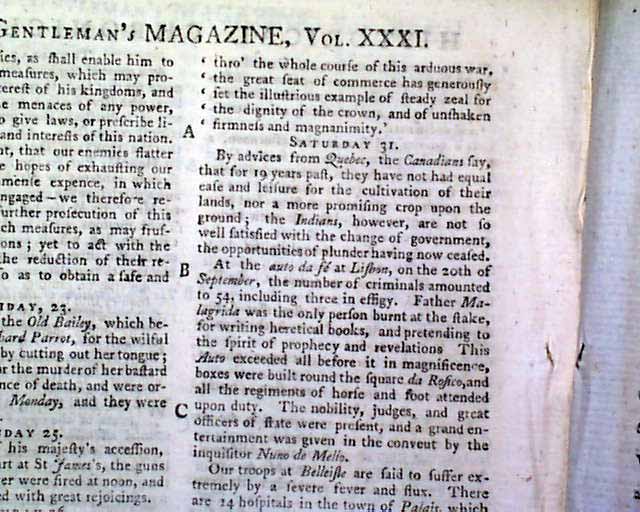