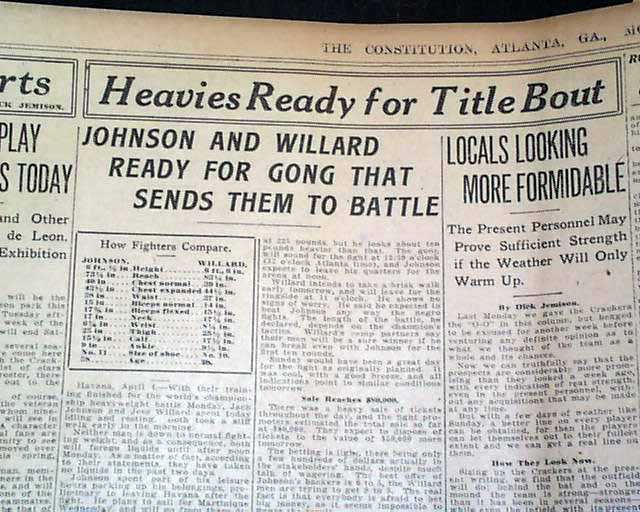 Page 6 has a three column headline: "Heavies Ready for Title Bout" with subhead: "Johnson And Willard Ready For Gong That Sends Them To Battle" and tale of the tape (see photos). They would fight on this day.

Other news of the day. Light browning with some margin wear, mostly along the spine, should be handled with care.