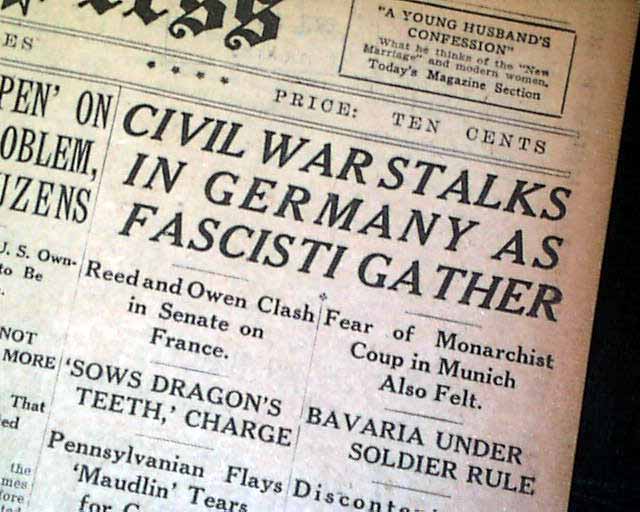 The front page has a two column headline: "CIVIL WAR STALKS IN GERMANY AS FACISTI GATHER" with subheads. Although Adolph Hitler's name is not mentioned here, he was a key figure in this coup.