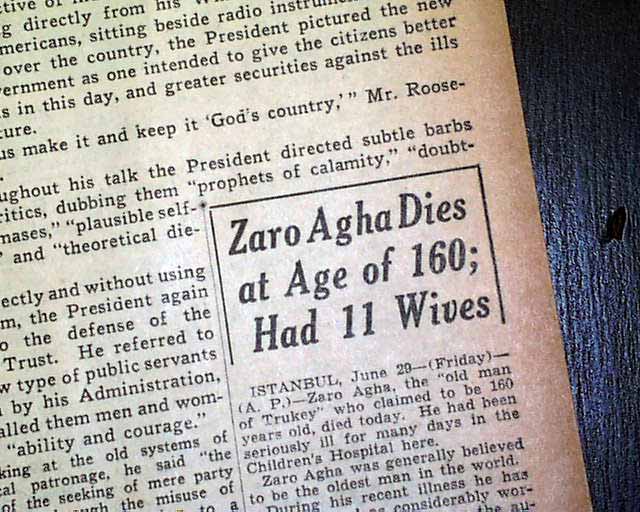 The front page has a one column heading: "Zaro Agha Dies at Age of 160; Has 11 Wives". This is 1st report coverage on the death of Zaro Aga, a Turkish man who claimed to be 157 years old?

Page 3 has one column headings: "Dillinger Reported at Baseball Game" "A Friend Insists That He Is Dead". Dillinger would be killed less than a month later.