Home > Back to Search Results > The siege of Savannah, Georgia...
Click image to enlarge 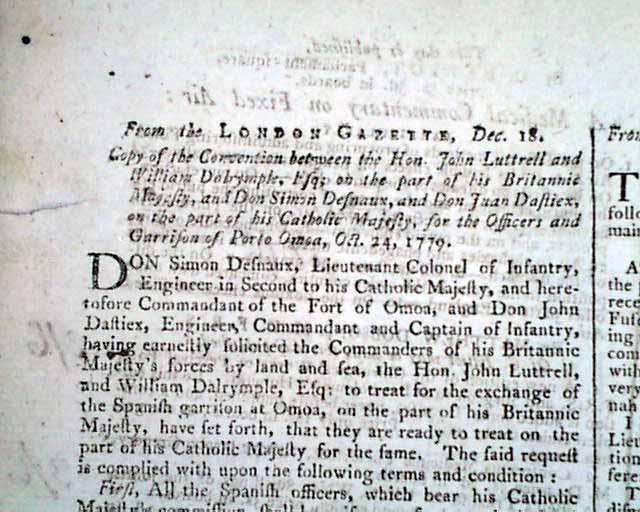 The siege of Savannah, Georgia...

Page 2 has some nice content on the siege of Savannah, Georgia, including a report signed in type by: H. Clinton, on the failed attempt of the French & Americans to re-take the city: "...very important intelligence that the French troops commanded by the Court D'Estaing...in conjunction with the rebel army under General Lincoln were repulsed with very considerable loss in attempting to storm the lines at Savannah in Georgia on the morning of the 9th...".
This is followed by two much more lengthy reports detailing the battle, including a day-by-day account of the siege (see).
Four pages, folio size, some period notations in ads & their margins, very nice condition.