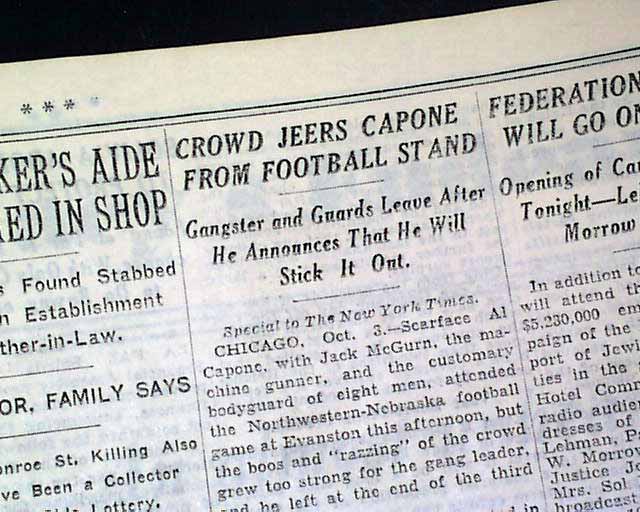 Page 20 has one column headings: "Crowd Jeers Capone From Football Stand", "Gangster and Guards Leave After He Announces That He Will Stick It Out". This is 1st report coverage on Al Capone and Jack McGurn being spotted by fans at Dyche Stadium (Ryan Field) during the Northwestern-Nebraska college football game. He would be found guilty of income tax fraud a few weeks later that ended his reign in Chicago.

Other news, sports and advertisements of the day. Complete in 80+ pages (Sunday edition), rag edition in very nice condition.