Home > Back to Search Results > Re-union with England should be wanted...
Click image to enlarge 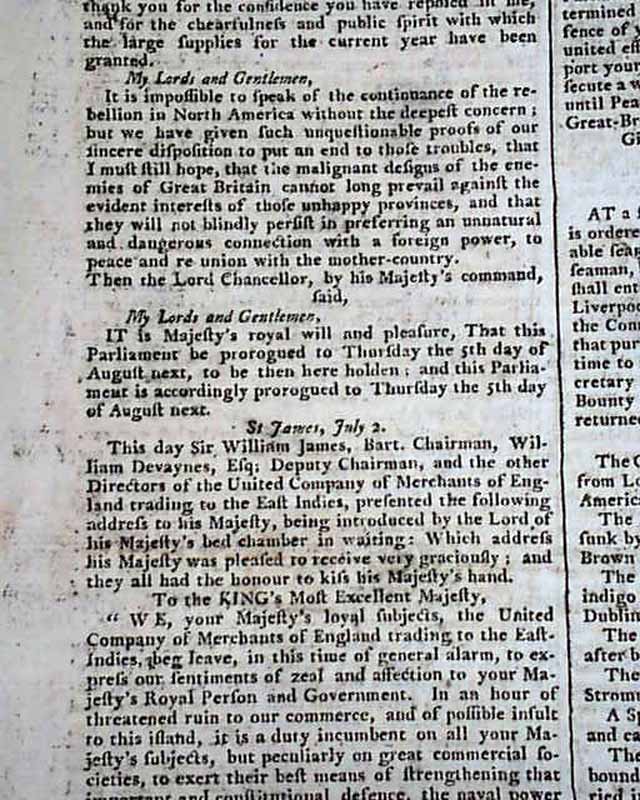 Re-union with England should be wanted...


EDINBURGH EVENING COURANT, Scotland, July 7, 1779  Page 2 has a letter which includes: "It is impossible to speak of the continuance of the rebellion in North America without the deepest concern...proofs of our sincere disposition to put an end to those troubles...the malignant designs of the enemies of Great Britain cannot long prevail against the evident interests of those unhappy provinces...will not blindly persist in preferring an unnatural and dangerous connection with a foreign power to peace and re-union with the mother-country." (see)
Page 3 has a letter from New York which includes: "...mentions that an account was received there that Sir John Johnson was at Oswego with an army of upwards of 4000 men, refugees, Canadians, Indians, etc. and the back frontiers of America were in the utmost alarm at his approach..." (see)
Four pages, folio size, some period notations in ads & margins, very nice condition.