Home > Back to Search Results > Philadelphians want a reunion with England...
Click image to enlarge 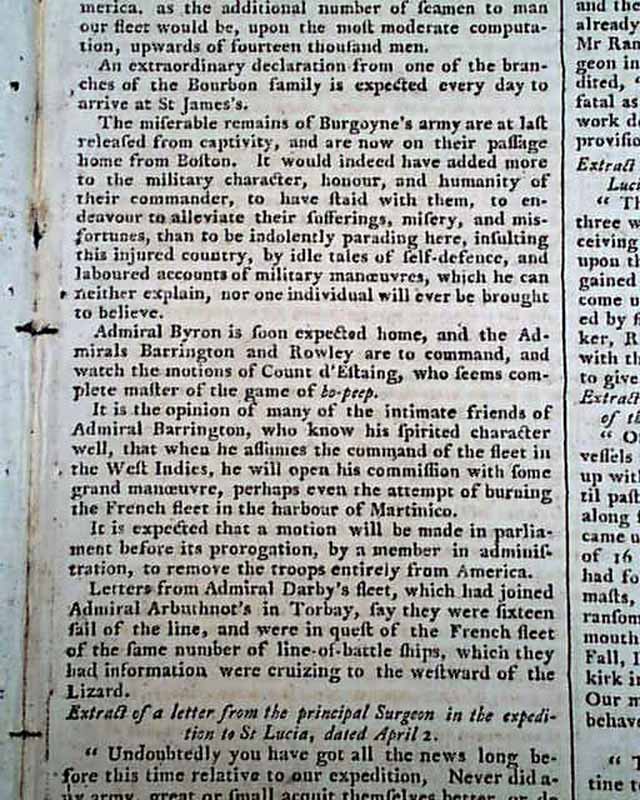 Philadelphians want a reunion with England...

Page 3 has an item noting: "The miserable remains of Burgoyne's army are at last released from captivity & are now on their passage home from Boston. It would indeed have added more to the military character, honour, and humanity of their commander to have staid with them, to endeavour to alleviate their sufferings, misery, and misfortunes than to be indolently parading here, insulting this injured country by idle tales of self-defence..." (see).
Further on is: "...who left Philadelphia...we learn that the jars & disagreements among the American Congress still continue & the people in general are heartily tired of their French alliance & eagerly wish for a reunion with Great Britain..." (see).
Four pages, folio size, some period notations in ads & margins, very nice condition.