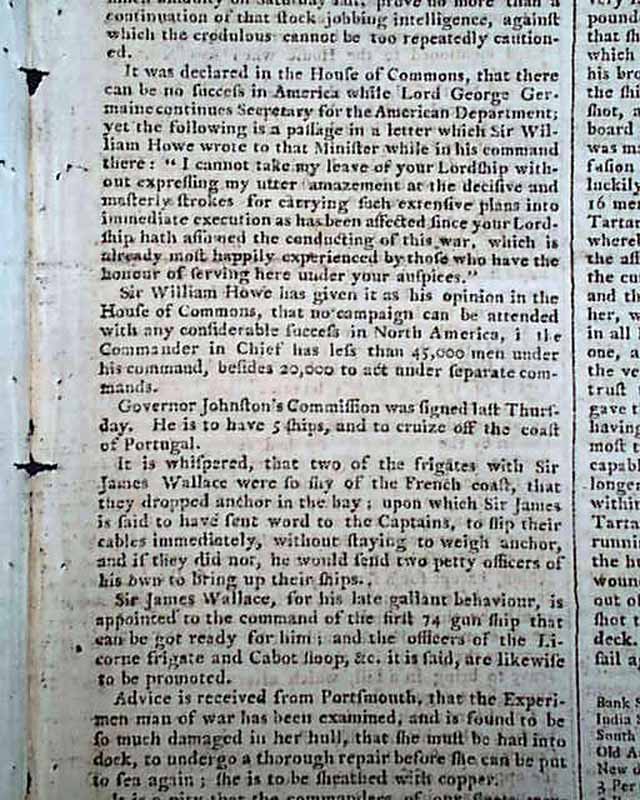 
EDINBURGH EVENING COURANT, Scotland, May 24, 1779  Page 2 has lengthy reporting from the "House of Commons" which includes much discussion concerning the Revolutionary War including an examination of the Conduct of Sir William Howe when commanding in America. Page 3 also has some American content, including: "...was declared in the House of Commons that there can be no success in America while Lord George Germaine continues Secretary for the American Department..." and also: "Sir William Howe has given it as his opinion...that no campaign can be attended with any considerable success in North America if the commander in chief has less than 45,000 men under his command..." (see).
Four pages, folio size, some period notations in ads & margins, very nice condition.