Home > Back to Search Results > Southerners returning their allegiance to the King...
Click image to enlarge 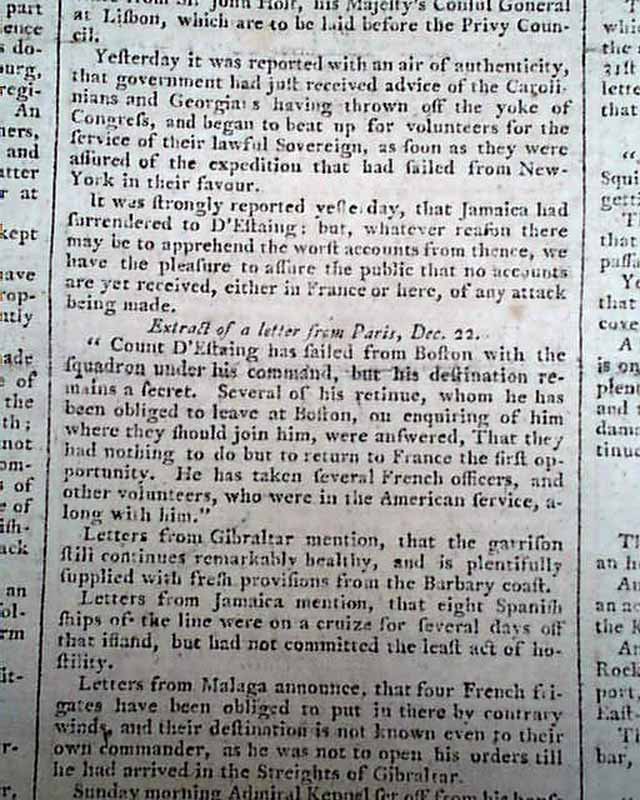 Southerners returning their allegiance to the King...

Page 2 has a report noting: "...was reported with an air of authenticity that government had just received advice of the Carolinians and Georgians having thrown off the yoke of Congress & began to beat up for volunteers for the service of their lawful sovereign..." and also: "Count D'Estaing has sailed from Boston with the squadron under his command but his destination remains a secret...".
Most of the other content is European. Four pages, folio size, an archival mend at the blank spine, various period notations in ads & some articles (this was the editor's copy), otherwise nice condition.