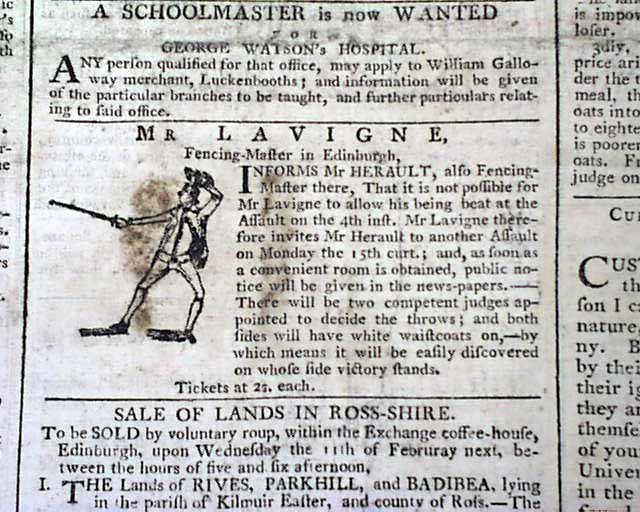 Certainly the most  significant content is the page 2 report on the surrender of Burgoyne at Saratoga, a very much-needed victory for the American cause. Some of the reporting includes: "...arrived in town express...we are sorry to say that Government have received the melancholy accounts that General Burgoyne and his army have been obliged to surrender themselves prisoners of war. The particulars cannot as yet be exactly ascertained; by the substance of this disagreeable piece of intelligence, so far as we have been able to collect, is as follows..." and what follows are the details of this significant battle and victory for the Americans (see).
There are some other reports concerning the Revolutionary War, a few including: "...New York papers...contain nothing more than reports relative to General Howe, Lord Howe, and General Clinton's operations...some fresh dispatches...confirms the account of yesterday relative to General Burgoyne." Also some details of Burgoyne's surrender: "After the Provincials had cut off General Burgoyne's supplies, part of his army fell back to secure their retreat to Ticonderoga & the Provincials, on this, surrounded General Burgoyne and the remainder. the provincials at first offered them quarter on their laying down their arms & gave them a quarter of an hour to consider of it, but General Burgoyne treated it with contempt & sent for answer that unless they would agreed to give them free passage to England & warranting their safety to their next place for embarkation they would die man by man before they parted with their arms. The provincials soon complied with those conditions." (see)
The front page has an interesting illustrated advertisement for a "fencing master" (see).
Four pages, folio size, very mild wear, generally nice condition. This report in an American newspaper would be $1000+. 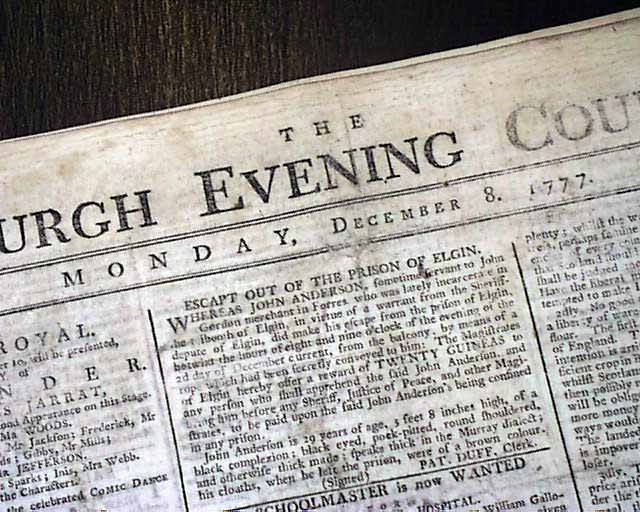 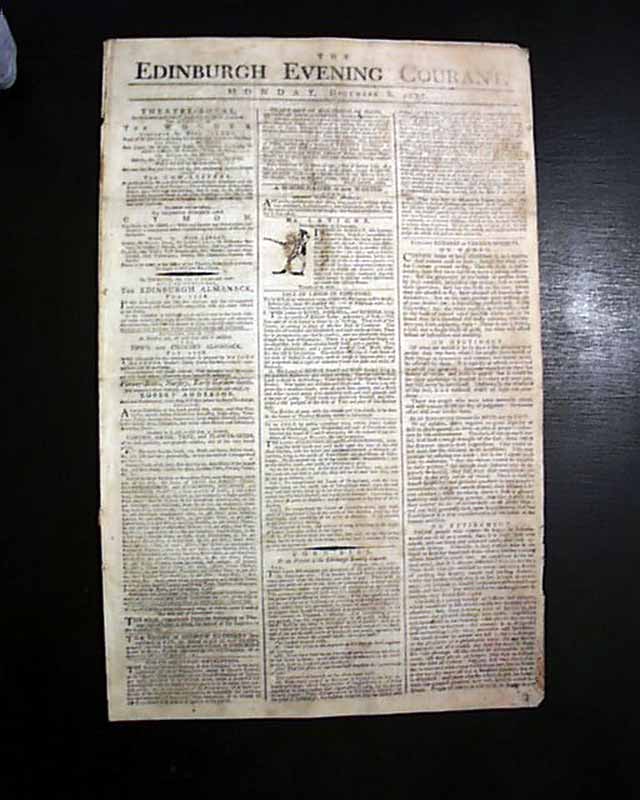 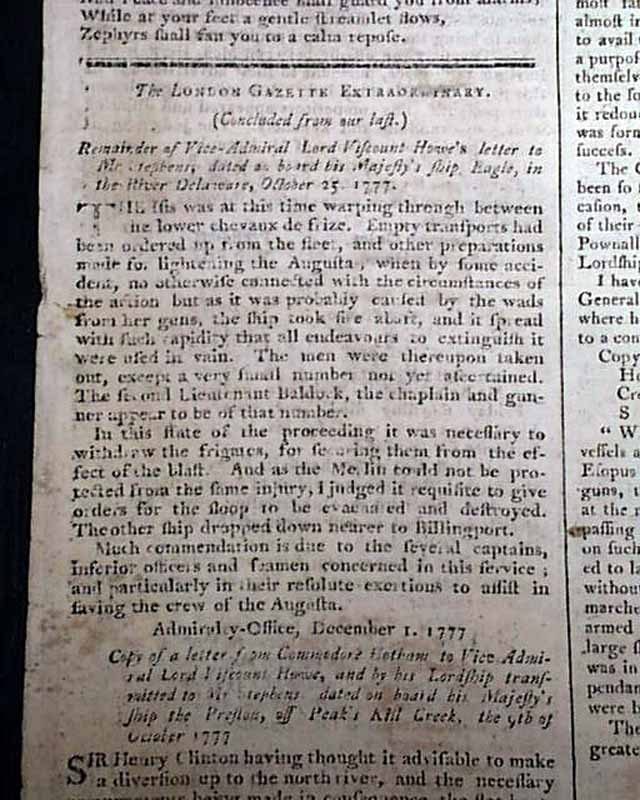 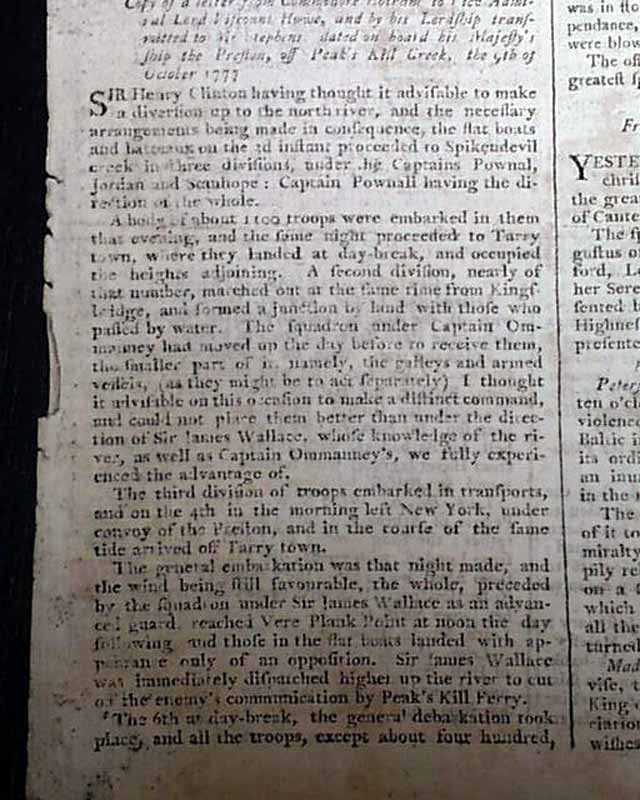 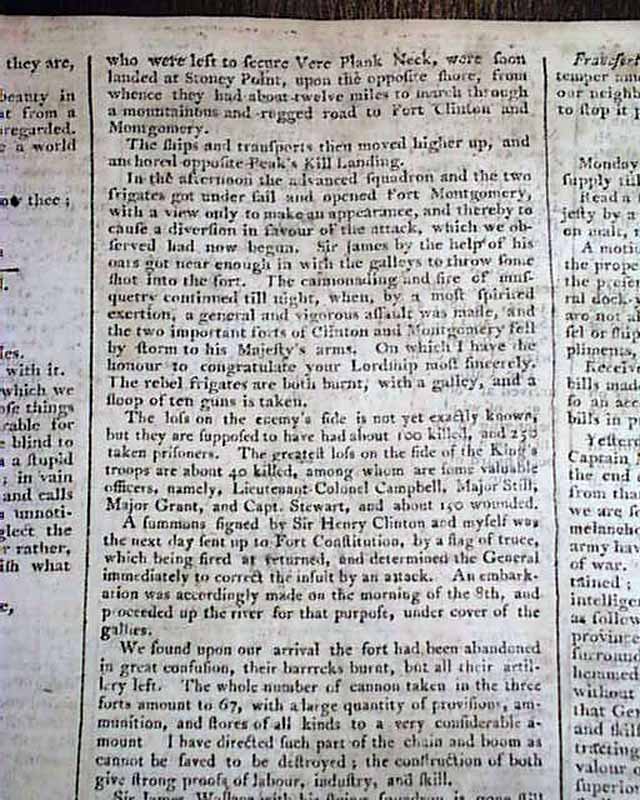 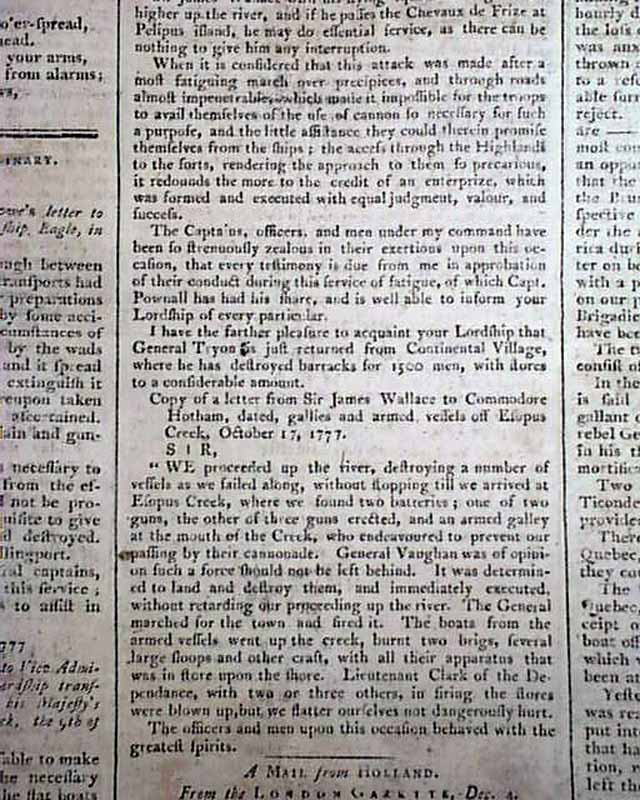 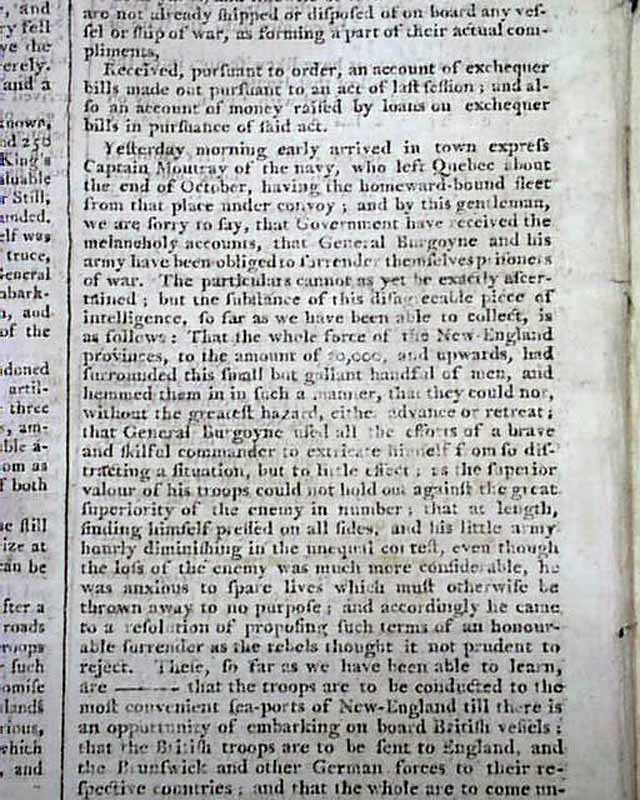 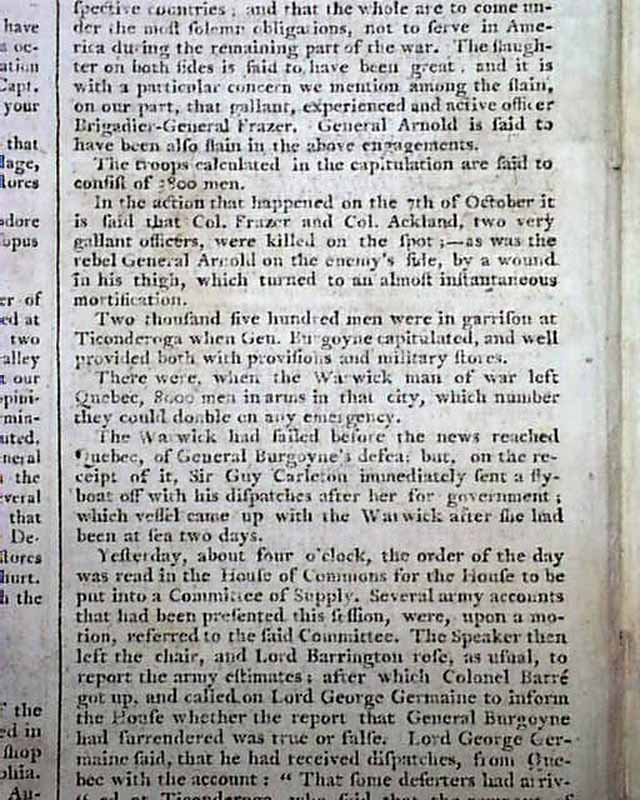 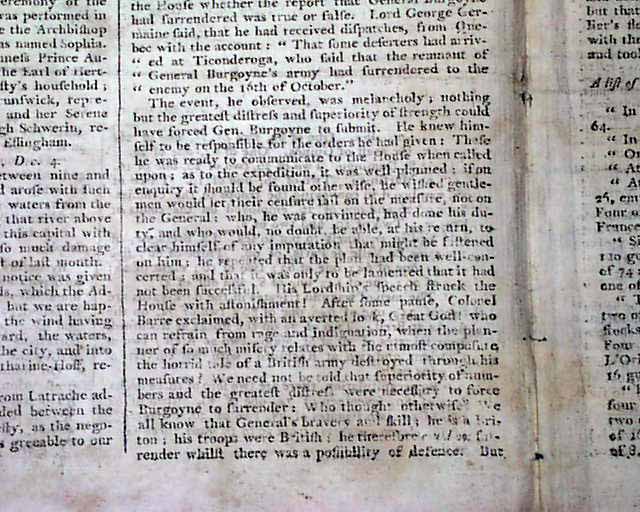 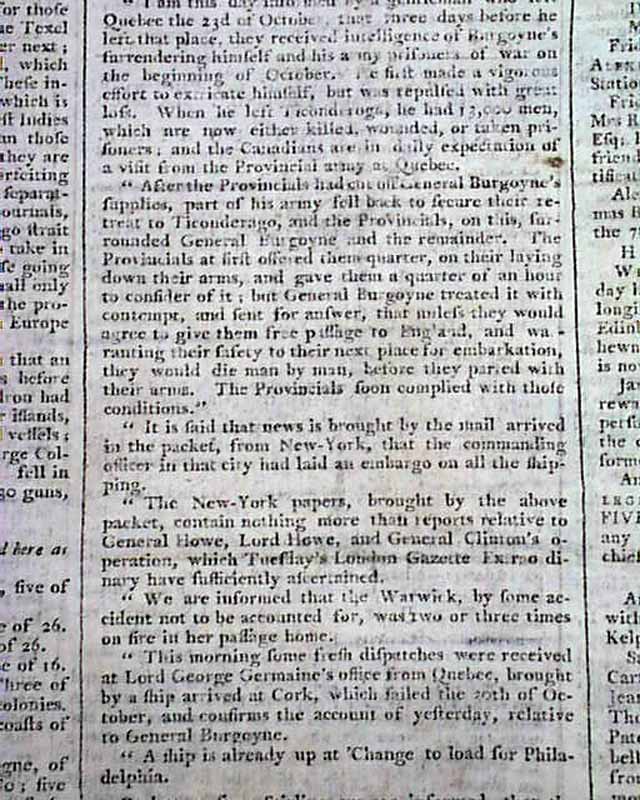 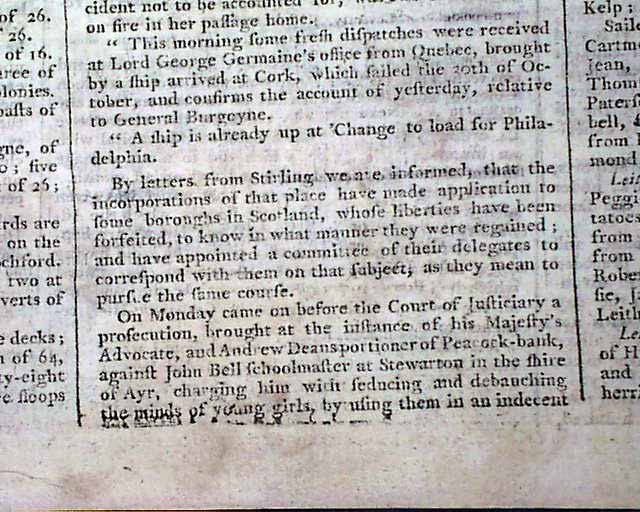