Home > Back to Search Results > Civil War map and an illustration...
Click image to enlarge 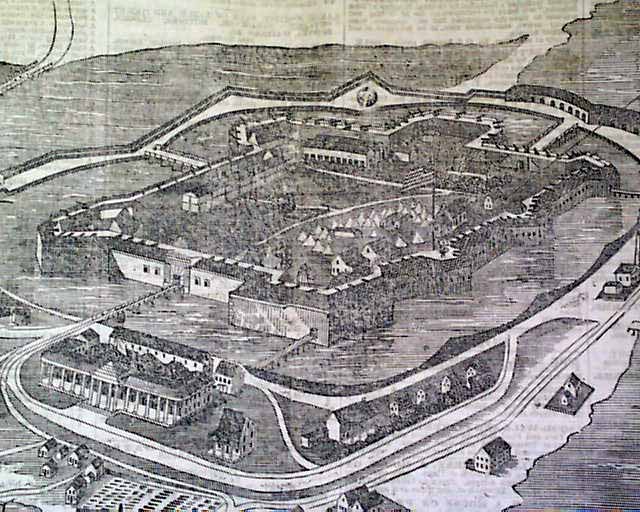 Civil War map and an illustration...

The front page features a nice Civil War map headed: "Fort Macon, N.C., Re-Taken by Gen. Burnside's Forces - The Position of the Fort, Beaufort, and the Harbor Approaches." Among the many ftpg. one column heads are: "The Ball Opening at Yorktown!!" "The Very Latest From the South" "The War In Louisiana" "Capture of Baton Rouge & the Rebel Arsenal" "Letter form General U.S. Grant" "Occupation of Purdy, Tenn..." "Execution of an Alleged Union Spy in Richmond" "Jeff Davis Says He Will Never Surrender!" and much more.
Also very notable is the very large back page bird's-eye-view of: "Fortress Monroe" (see).
Eight pages, nice condition.