Home > Back to Search Results > Map of the Grand Canal in Dublin, Ireland...
Click image to enlarge 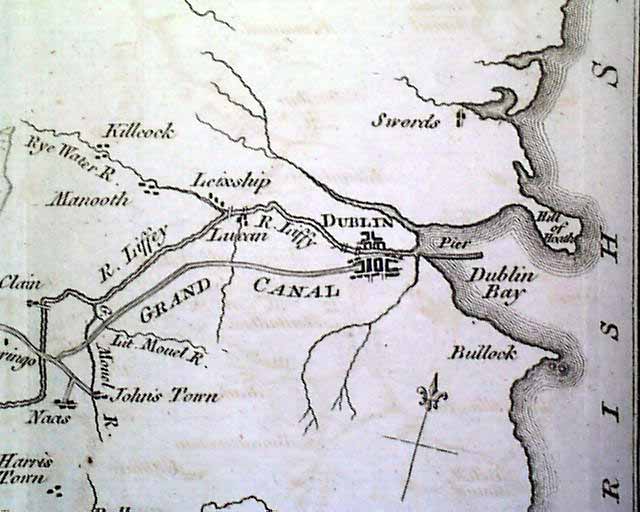 Map of the Grand Canal in Dublin, Ireland...

A fine opportunity to purchase a magazine from during the Revolutionary War at a reasonable price, as I find almost no American content in this issue. At the back under the "Historical Chronicle" is mention that the New York, Quebec & Newfoundland fleets have set sail under the convoy of Admiral Arbuthnot. The balance of the news reports is almost entirely European in focus.
The plate of the Siege of Rhode Island called for is typically found in the February issue since the related article is in that issue. However there is a nice foldout map of: "A Plan of the Grand Canal from the City of Dublin to the River Shannon..." which measures 8 1/4 by 12 inches, showing much detail (see).
Complete in 52 pages, measures 5 by 8 inches with a full title/contents page featuring an engraving of St. John's Gate, nice condition. A nice opportunity to see what the British were reading about while they were fighting the colonists.