Home > Back to Search Results > Leopold and Loeb are indicted...
Click image to enlarge 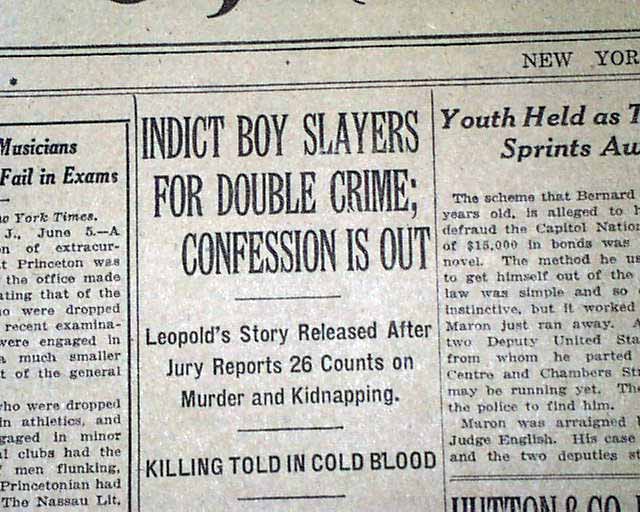 Leopold and Loeb are indicted...

One of the more sensational trials of the 20th century was that of Nathan Leopold and Richard Loeb, two young, Jewish, & wealthy college students who wanted to commit the perfect crime.

The front page has one column headlines that include: "INDICT BOY SLAYERS FOR DOUBLE CRIME; CONFESSION IS OUT", "Leopold's Story Released After Jury Reports 26 Counts on Murder and Kidnapping", "Killing Told In Cold Blood" and more. Loads of text continues inside, too much to photograph all. Great reading.

Other news of the day. Complete in 36 pages, light browning, some margin chipping, otherwise good. Should be handled with care.