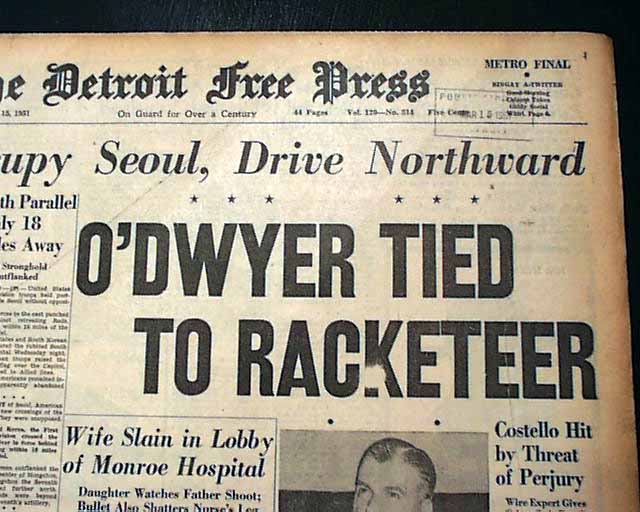 The front page has a five column headline: "O'DWYER TIED TO RACKETEER" with subheads and related photo.

This issue contains other news, sports and advertisements of the day throughout. It is complete in 44 pages, some small binding holes along the spine and a minor margin wear. Otherwise it is in good condition.