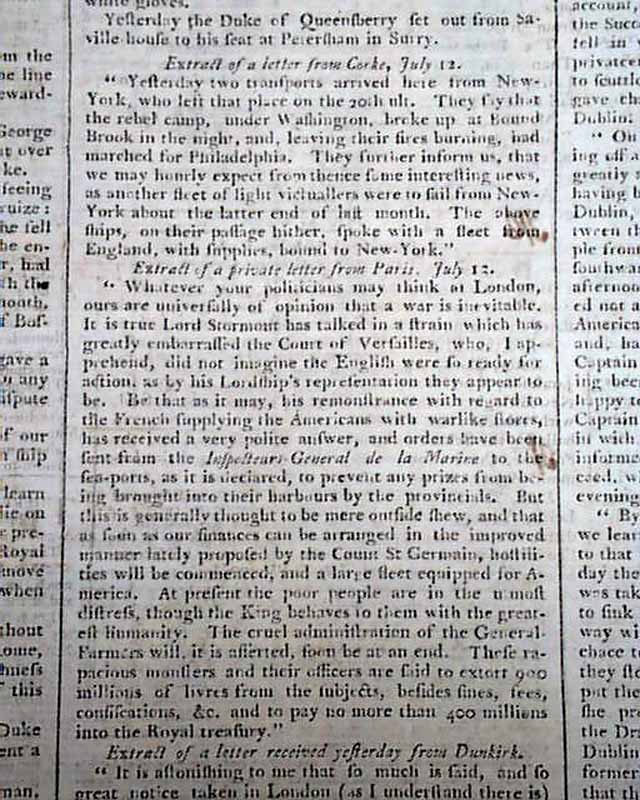 
EDINBURGH EVENING COURANT, Scotland, July 26, 1777  Page 2 has: "...They say that the rebel camp under Washington broke up at Bound Brook in the night & leaving their fires burning, had marched for Philadelphia..." and further on a letter from New York includes: "General Howe is gone to Brunswick where the army are now encamped except those left for the defence of the city & island, which have taken post between King's Bridge & Fort Kniphausen...The Connecticut rebels under Arnold, lie in the White Plains at the distance of about 10 or 12 miles, & it is reported would attack the troops left for the defence of New York..." with more. Also: "...that General Washington had already begun his retreat from the Jerseys to cover Philadelphia...also reports from deserters that General
Carleton's army had crossed the Lakes & were upon their rout to Albany...".
Page 3 has a few brief references to the war. Four pages, folio size, some period notations on ads & margins (with some bleed-through to page 2), nice condition.