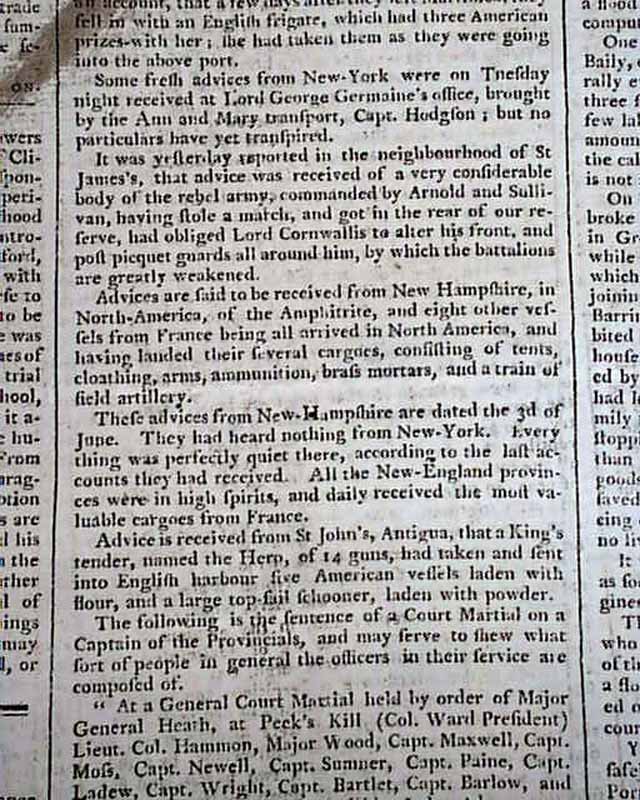 
EDINBURGH EVENING COURANT, Scotland, July 14, 1777  Page 2 has: "...advice was received of a very considerable body of the rebel army commanded by Arnold and Sullivan having stole a march and got in the rear of our reserve, had obliged Lord Cornwallis to alter his front & post picquet guards all around him, by which the battalions are greatly weakened." Also: "General Lee, when brought over from New York, we hear, will be confined in the Isle of Wight & not brought to the Tower as has been circulated." and a few other small items.
Page 3 includes: "...from New York...which letters give an account of Lord Cornwallis having attacked 10,000 of the provincials, whom they have much worsted, and taken a considerable number of waggons, etc & that they were about 1200 killed and 700 prisoners. It is beyond doubt there is truth in this affair. When the vessel sailed our troops were marching to attack Philadelphia." (see)
Four pages, folio size, some period notations on ads & margins, a bit irregular at the spine, nice condition. 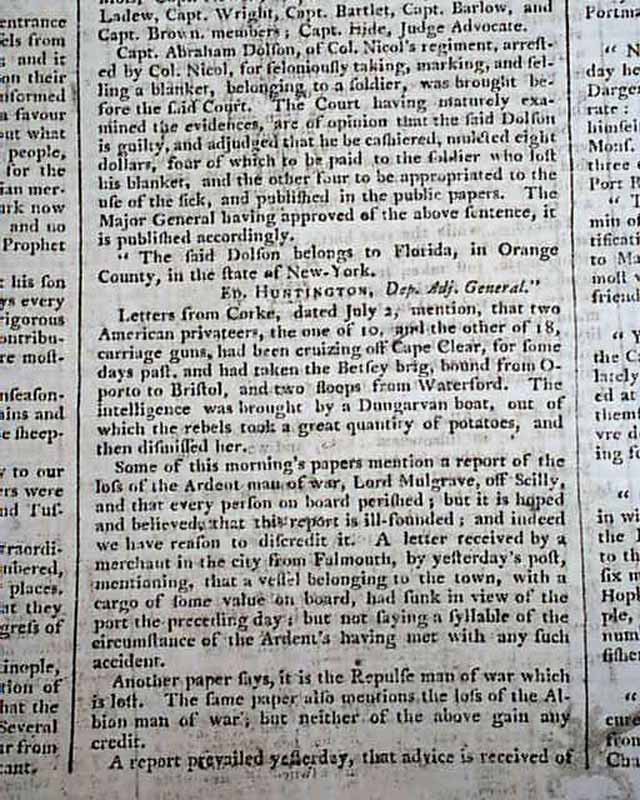 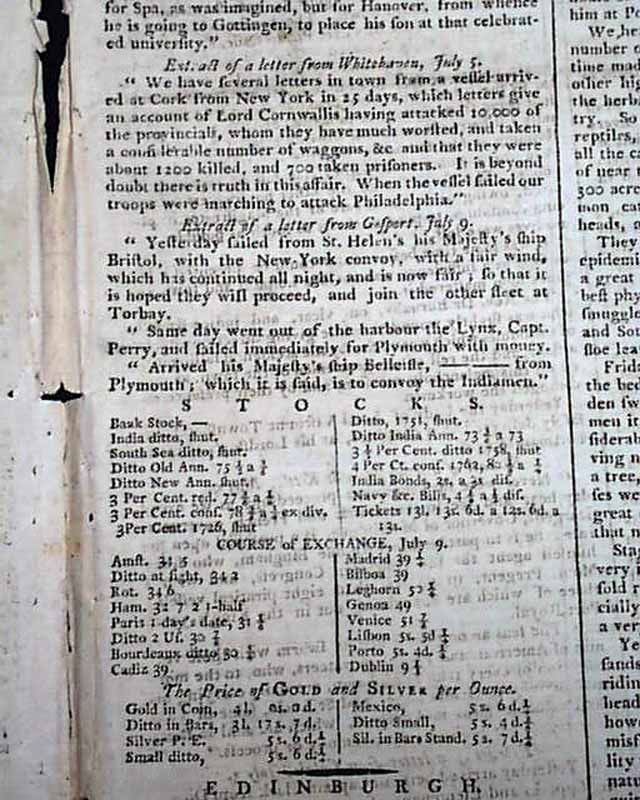 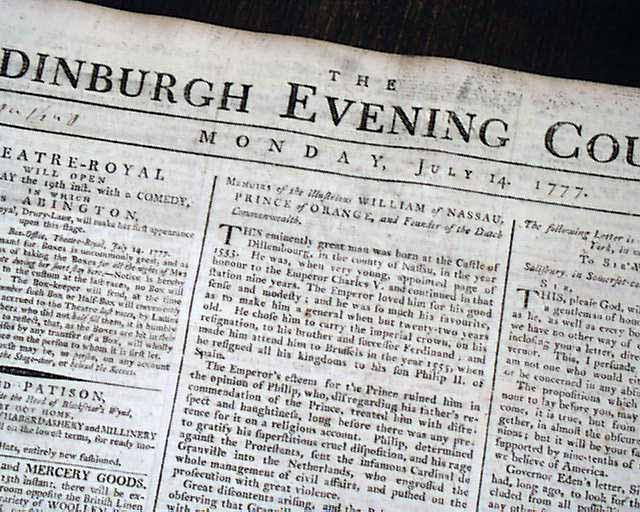 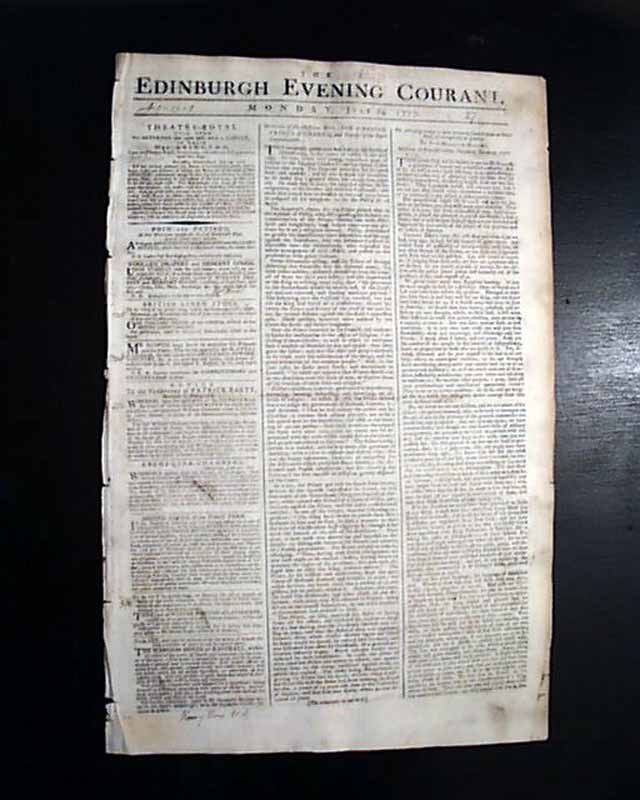