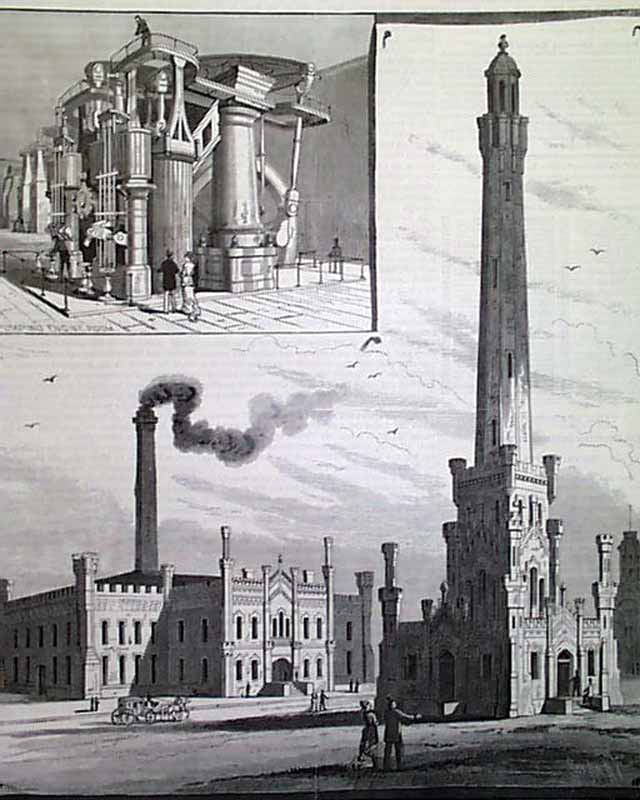 Almost the entire front page is taken up with 2 prints captioned: "North Side Waterworks, Chicago" and an inset showing the "Pumping Engine Room".
There is a related article on the front page as well, continuing on an inside page.
This now-famous Water Tower is a landmark in downtown Chicago today. Built in 1869 in the Gothic style, it looks more like a 13th century European castle than a water tower. This was one of few buildings to survive the great Chicago fire of 1871.
This issue is complete in 16 pages, little browning and minor wear at the margins, otherwise in good condition.