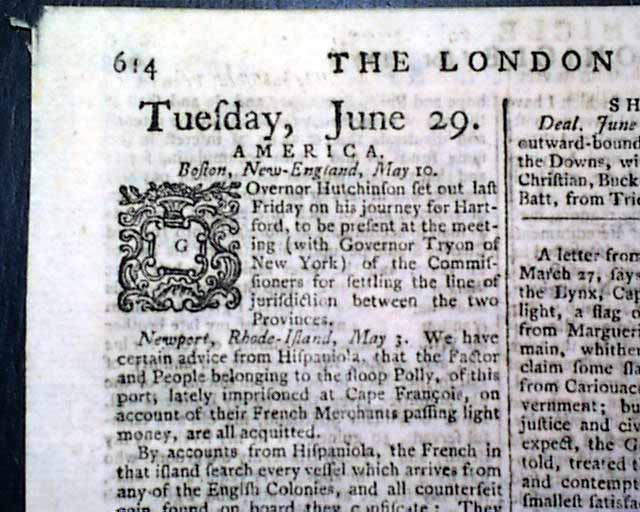 Inside has a report headed: "America" which includes a report of a planned meeting between the governors of New York & Massachusetts over the boundary line dispute. Also reports from Newport, New London, and Philadelphia (see).
Eight pages, 8 1/2 by 11 1/2 inches, very nice condition.