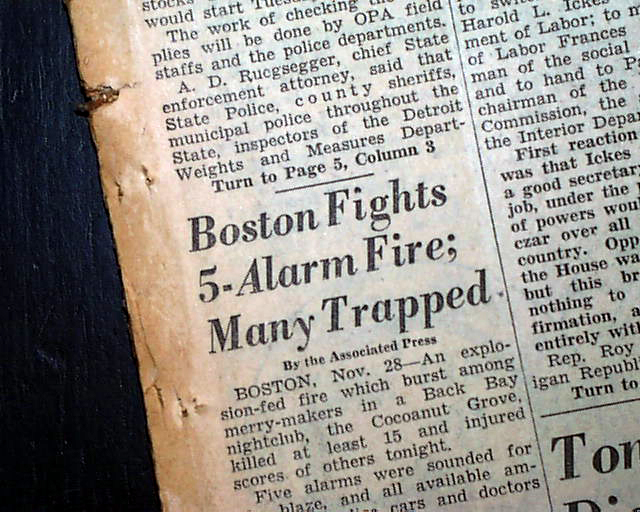 The front page has a small one column heading: "Boston Fights 5-Alarm Fire; Many Trapped". This is actually a very early 1st report coverage on the Cocoanut Grove nightclub disaster in Boston. This newspaper would actually come out with an extra a few hours later with a large banner headline reporting on this disaster as most papers did across the country. This edition was printed while the fire was still in progress and the extent of the disaster was not known yet at the time, giving the small report here.

Other news, sports and advertisements of the day throughout with much on World war II. Complete in 40+ pages, minor margin wear, otherwise nice.