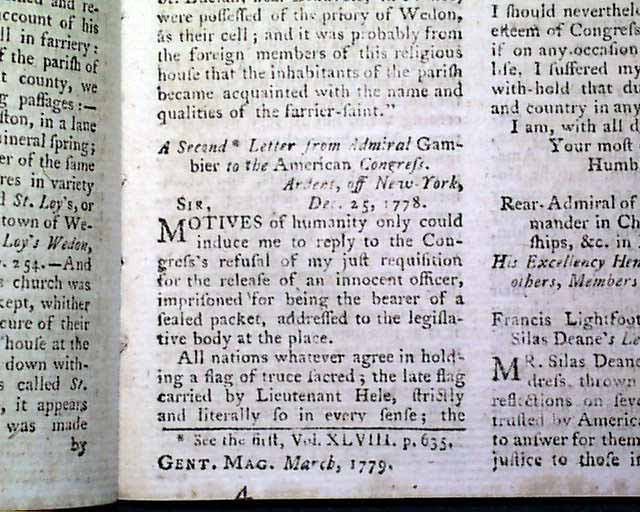 GENTLEMAN'S MAGAZINE, London, March, 1779  Inside includes the: "Second Letter from Admiral Gambier to the American Congress" which is his plea for the release of: "...an innocent officer imprisoned for being the bearer of a sealed packet..." with much more. This if followed be a letter signed in type by: Francis Lightfoot Lee (see for portions).
Near the back under "American News" is: "...some letters that had passed between Sir Henry Clinton & Gen. Washington for the exchange of prisoners...The Marquis de la Fayette...embarked at Boston..in order...to make representations to his court in favour of the United States. He carried with him fresh instructions to Dr. Franklyn [Franklin] with orders from the Congress to present the marquis with an elegant sword set with diamonds." (see).
Much other news events from Europe & elsewhere. The plate called for is not present.
Complete in 56 pages, 5 by 8 1/4 inches, full title/contents page with an engraving of St. John's Gate, close-trimmed at the right side of the contents page only, small stitching holes at the blank spine margin, otherwise nice.
A nice Revolutionary War era magazine from the "mother country" with a wide range of varied content beyond the war reports noted below. This was the very first periodical to use the word "magazine" in its title, having begun in 1731. 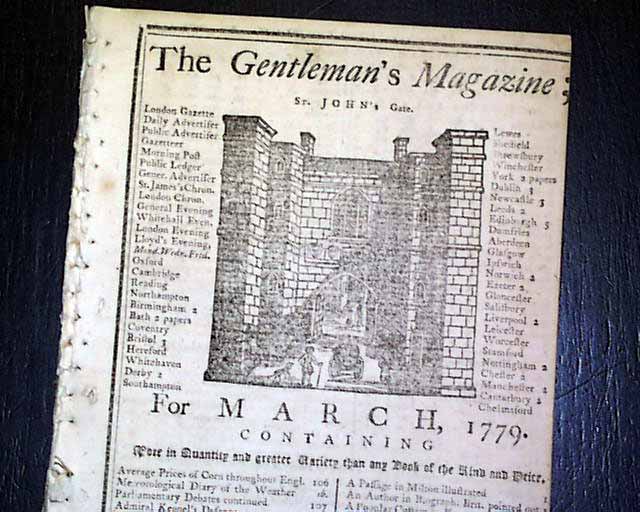 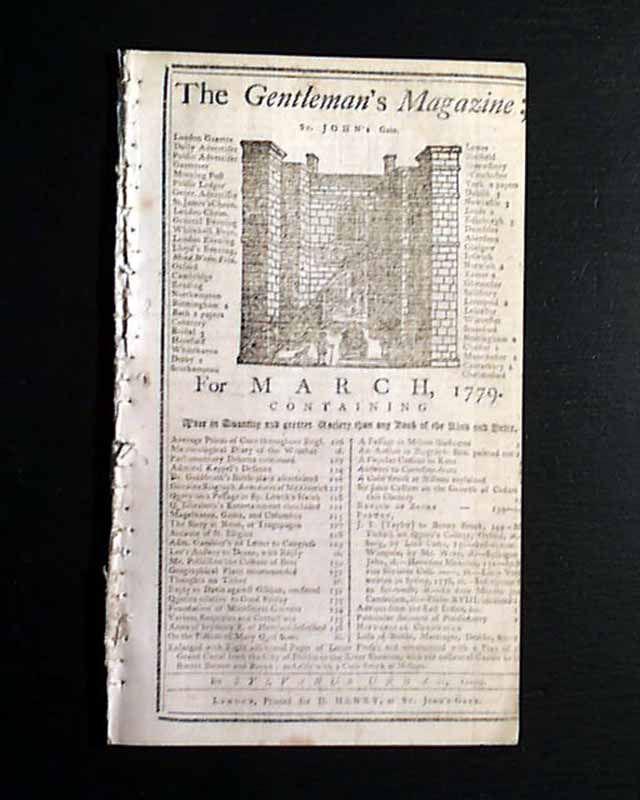 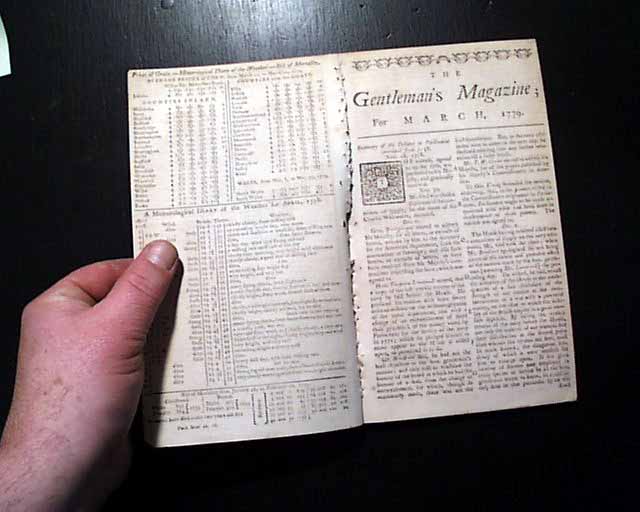 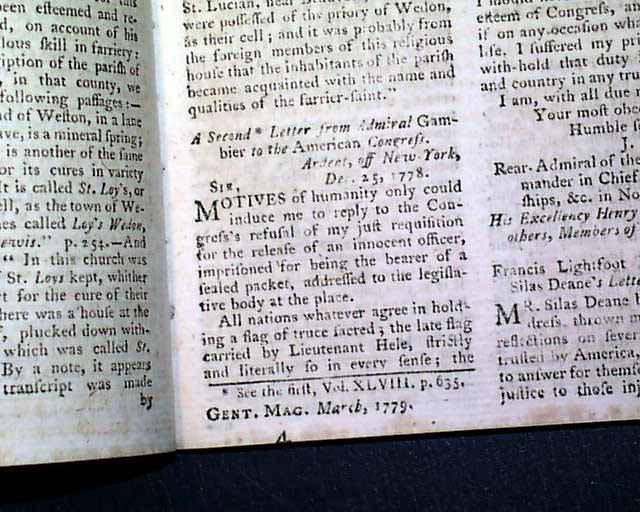 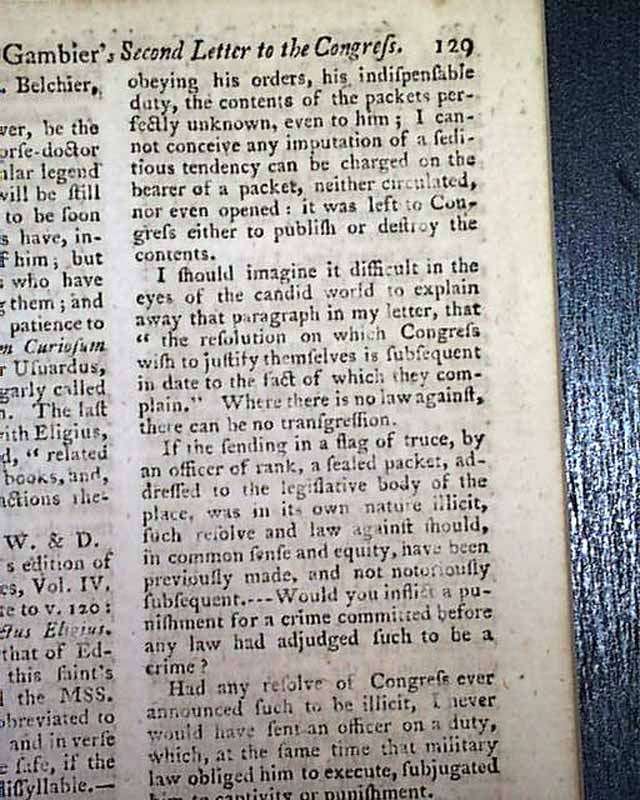 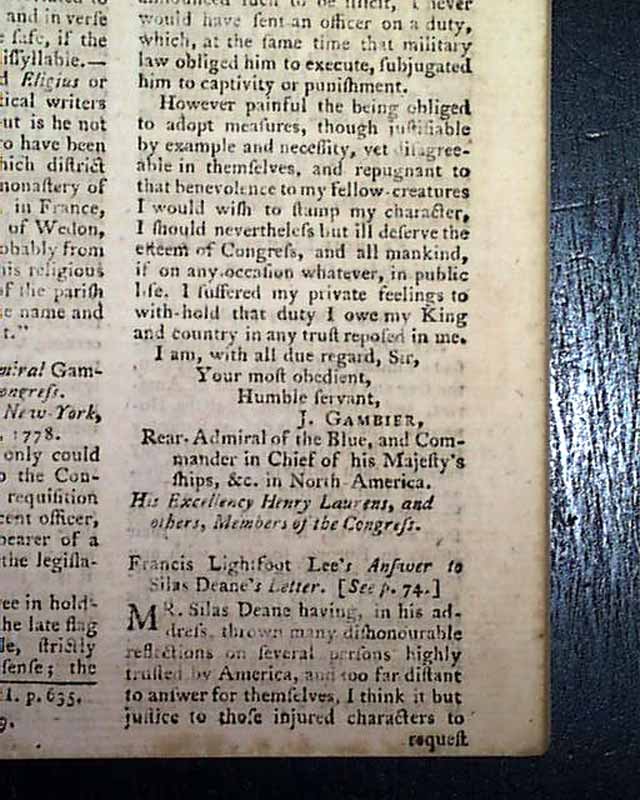 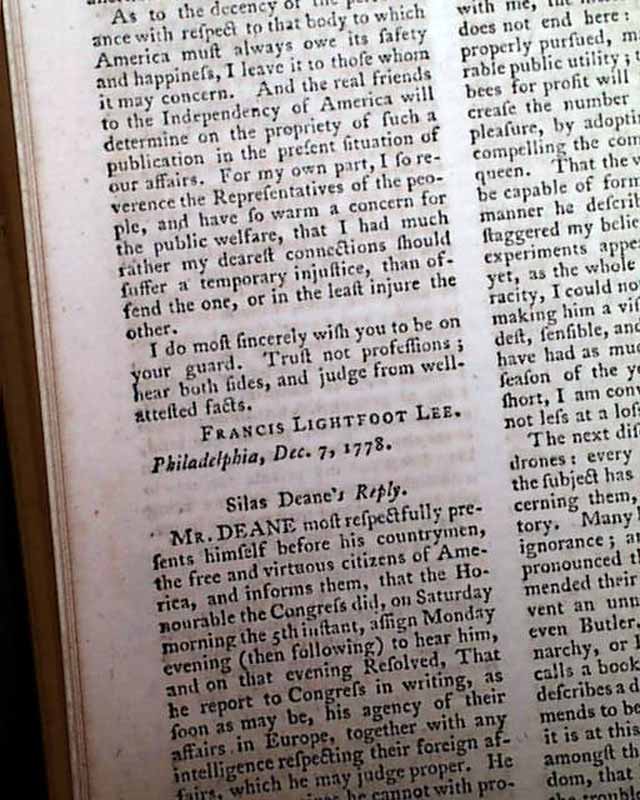 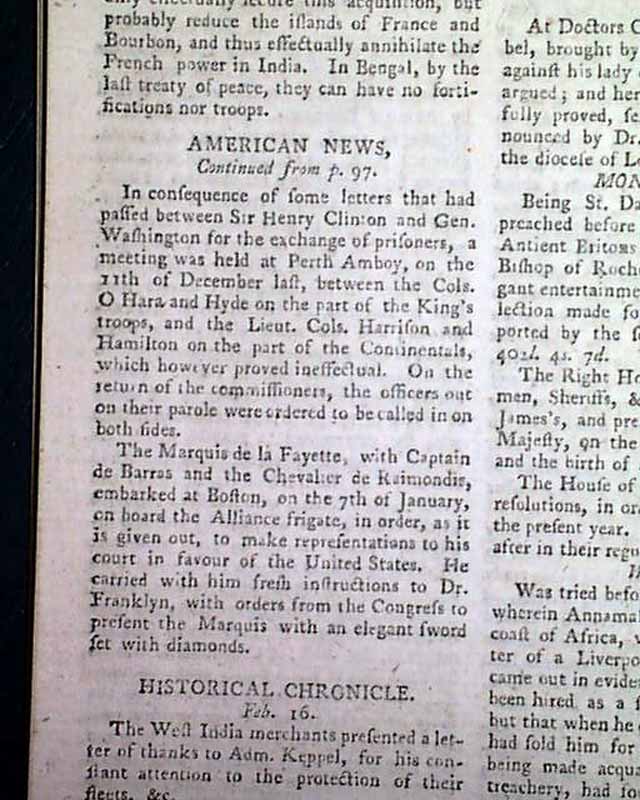 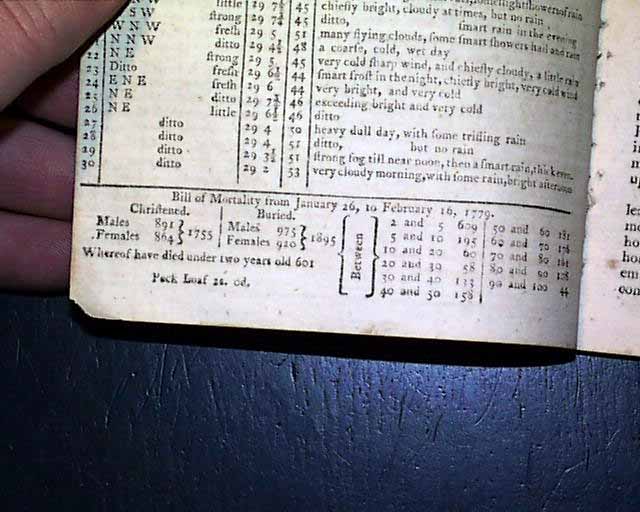