Home > Back to Search Results > War will be over in a few months...
Click image to enlarge 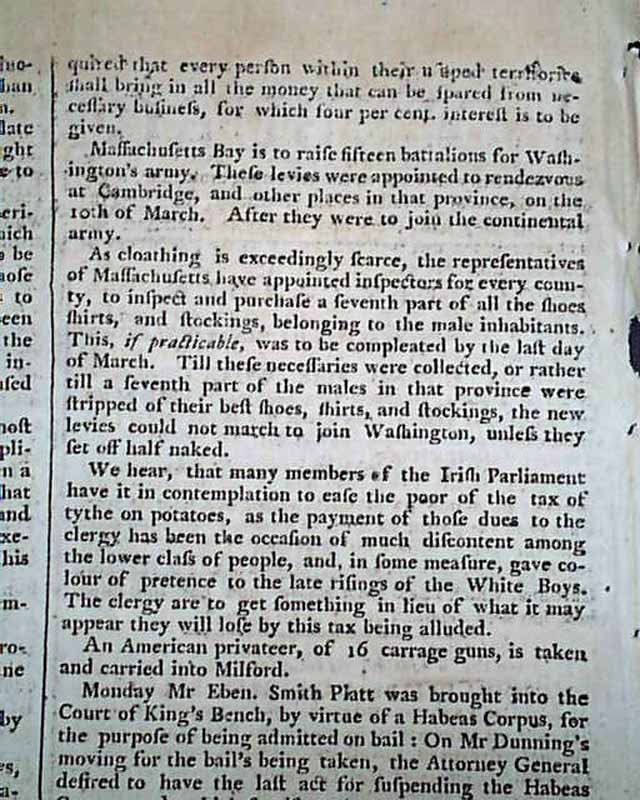 War will be over in a few months...


EDINBURGH EVENING COURANT, Scotland, May 19, 1777  Among page 2 war-related items are: "Massachusetts Bay is to raise 15 battalions for Washington's army. These levies were appointed to rendezvous at Cambridge & other places...on the 10th of March. After they were to join the Continental army. As cloathing is exceedingly scarce...Till these necessaries were collected, or rather till a seventh part of the males in that province were stripped of their best shoes, shirts, & stockings, the new levies could not march to join Washington unless they set off half naked."
Also on page 2 are two letters from Rhode Island, noting: "I think...the war here must be over in a few months; the rebels certainly cannot muster an army to look us in the face...Carleton will be upon their backs in June...The Congress have offered to treat of a surrender & made it one of their terms that the paper money should be redeemed by taxes on the people; the proposal was rejected with indignation by Gen. Howe. Preparations are  making for the march to Philadelphia..." and more (see).
Page 3 has a letter from New York which includes: "...many inhabitants of town & country...assert with confidence that a majority of the people are grown impatient of the tyranny & oppression of their leaders, & wait most anxiously the arrival of the King's troops, wishing to be restored by to the enjoyment of true constitutional liberty & the solid blessings of peace under the auspices & protection of Great Britain...".
The back page has a lengthy review headed: "An Account of the School for Scandal, a new comedy performed for the first time at Drury Lane Theatre on Wednesday fo'night." This is a very famous play, still being performed.
Four pages, folio size, some period notations in ads & margins, some light dirtiness, a bit irregular at the spine. 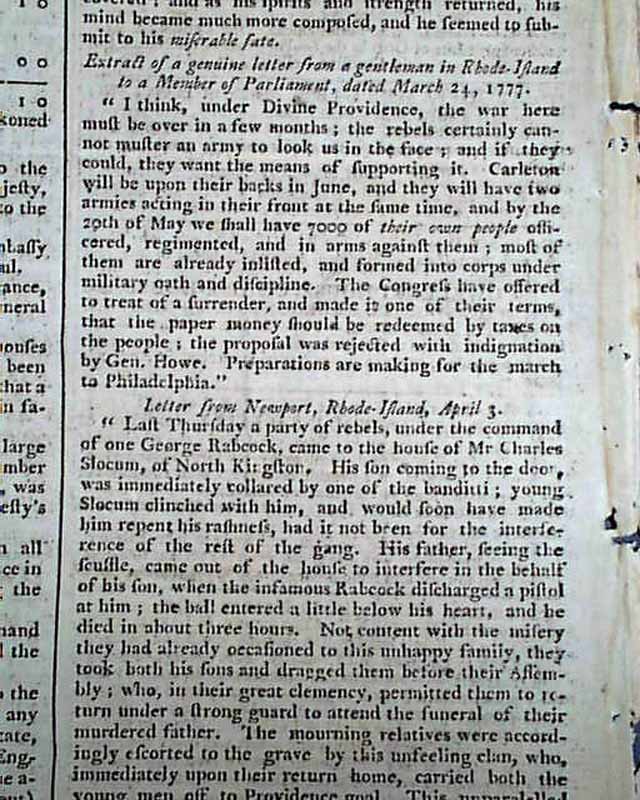 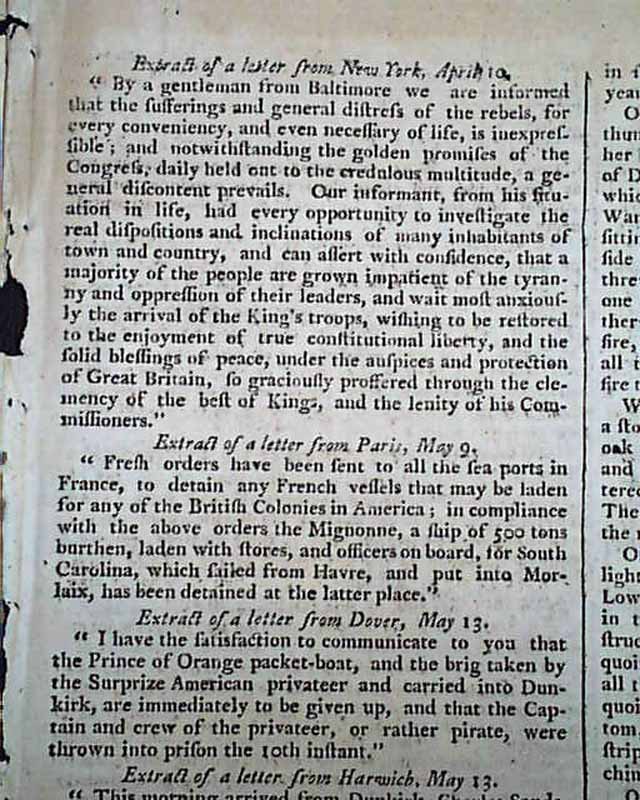 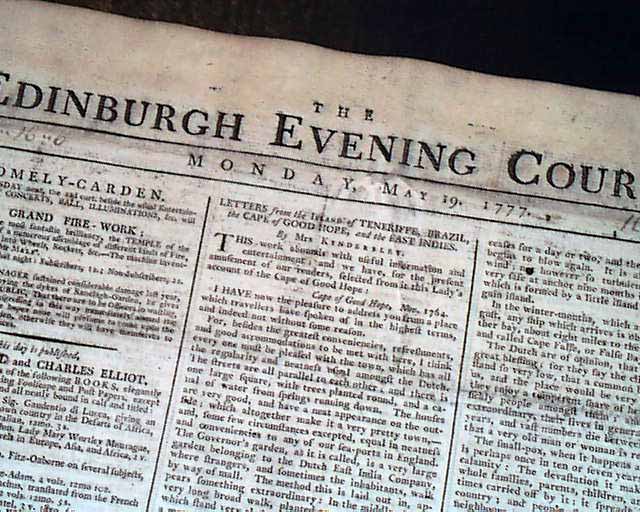 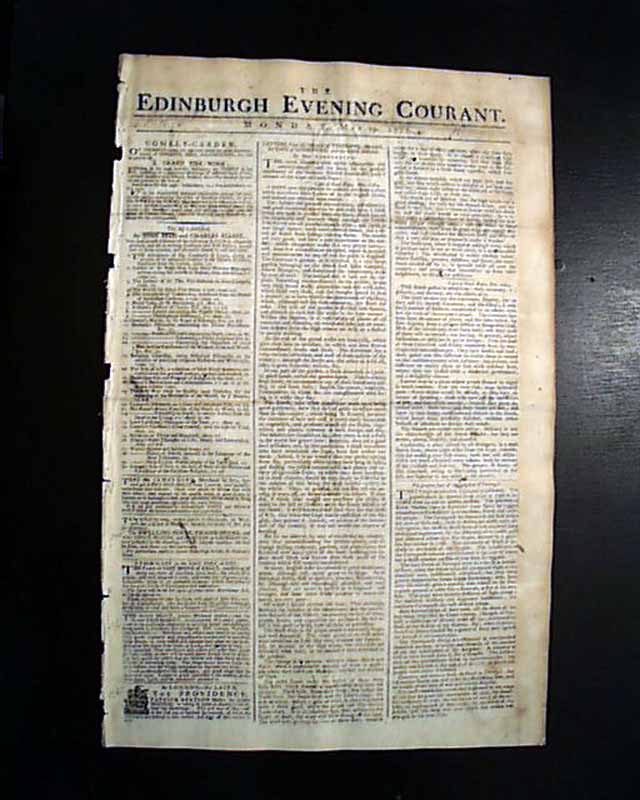