Home > Back to Search Results > Apprehending those guilty of high treason in America...
Click image to enlarge 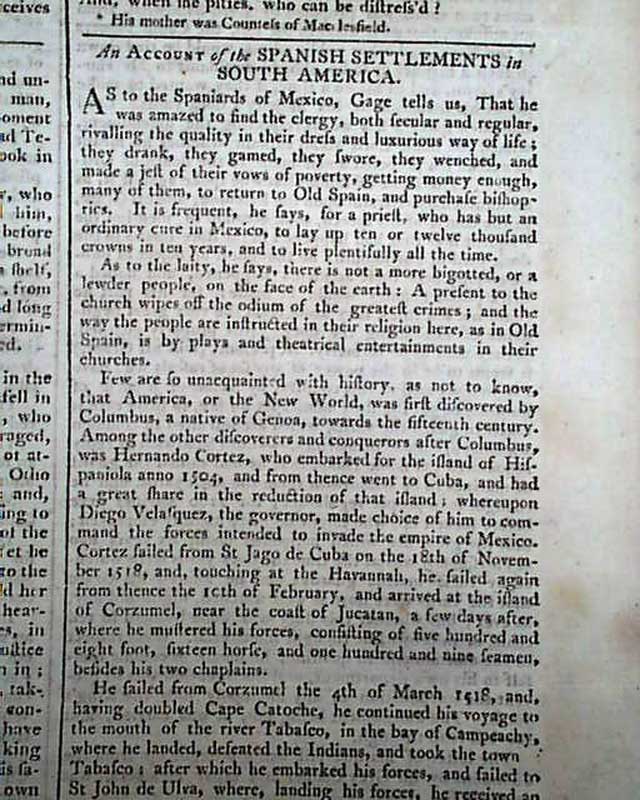 Apprehending those guilty of high treason in America...

The front page has half a column taken up with: "An Account of the Spanish Settlements in South America", continued in a future issue. Page 2 has some talk in the House of Lords concerning a bill: "...to enable his Majesty to apprehend & secure all persons guilty of or suspected to be guilty of high treason in America, or of the crime of piracy on the high seas." Other items include discussion of: "...bringing back the Americans to their allegiance without the dangerous & at this time inexpedient measure of attacking the grand palladium of the British constitution, the freedom of men's persons, and  he considered it as the last rigorous step effectually to prevent all possibility of a reconciliation between the Colonies and the Mother-country." and also: "Other accounts say that the Provincial militia had abandoned the place, which was garrisoned only with a small number of regular forces of the Congress."
Four pages, folio size, some period notations in margins & advertisements, very nice condition.