Home > Back to Search Results > The death of Louis 'Two Gun' Alterie...
Click image to enlarge 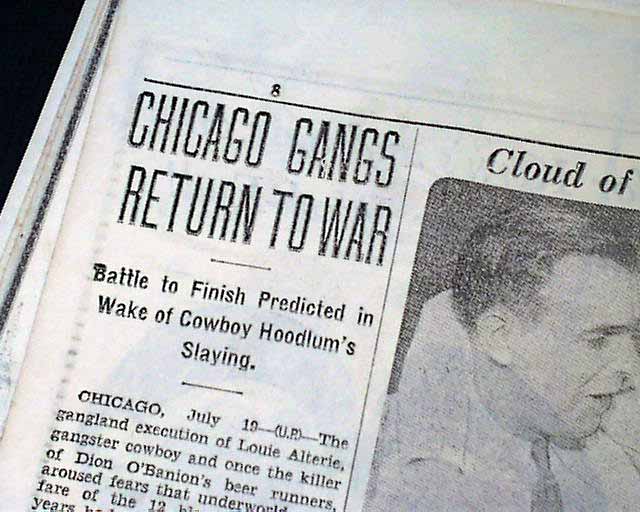 Page 8 has one column headings: "CHICAGO GANGS RETURN TO WAR", "Battle to Finish Predicted in Wake of Cowboy Hoodlum's Slaying".