Home > Back to Search Results > Need to unite on the non-importation issue...
Click image to enlarge 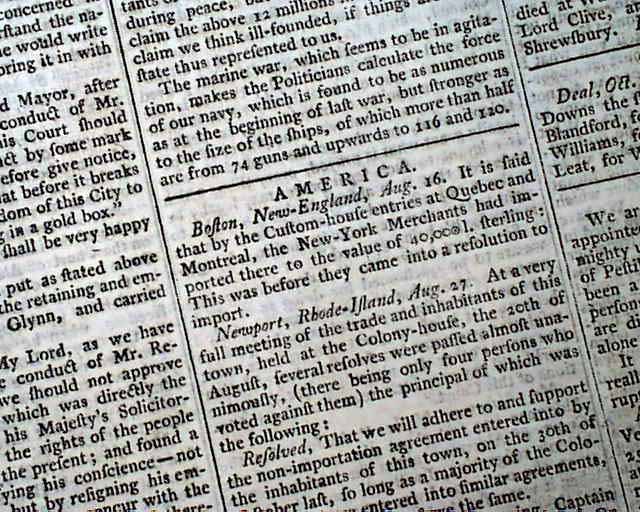 Need to unite on the non-importation issue...

Page 6 has reports headed "America" from Boston, Newport, Marblehead, Philadelphia & New York, including: "...Resolved, That we will adhere to & support the non-importation agreement...so long as a majority of the colonies who have entered into similar agreements shall adhere to & preserve the same." and also: "...acquainted Capt. Lyon that New York had broke their non-importation agreement & deserted their sister colonies at a time when they well knew that a union was most necessary for obtaining the desired end..." with more (see).
Eight pages, 8 1/2 by 11 1/2 inches, great condition. 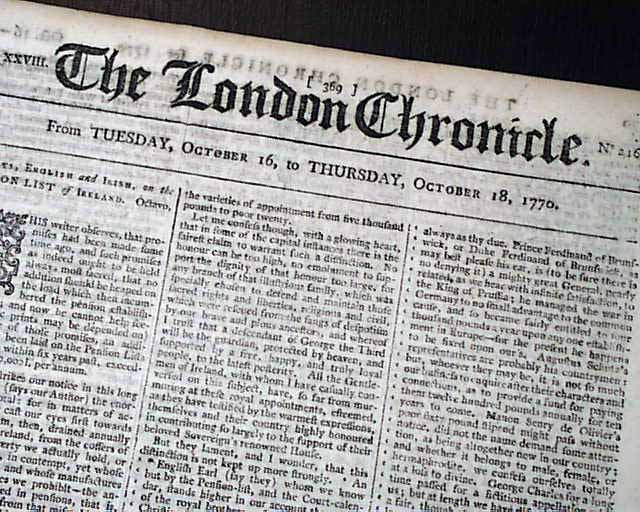 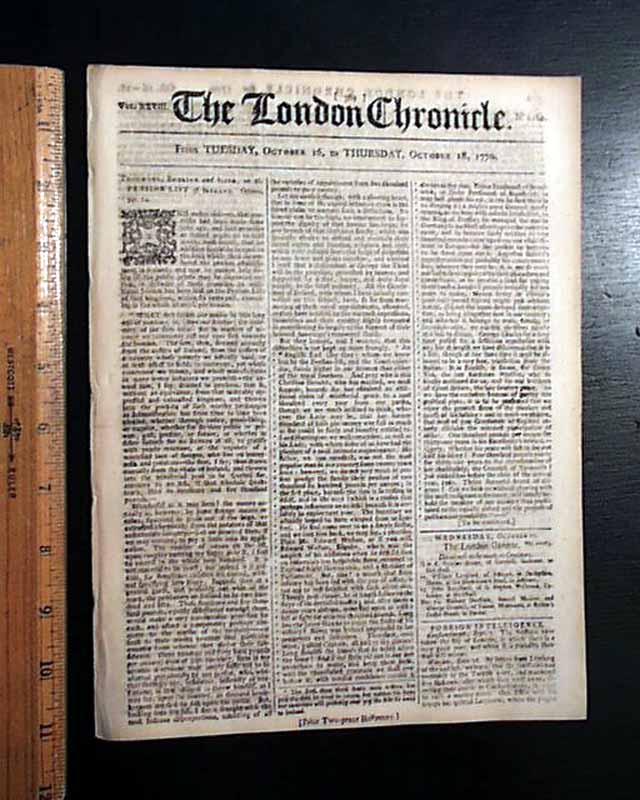 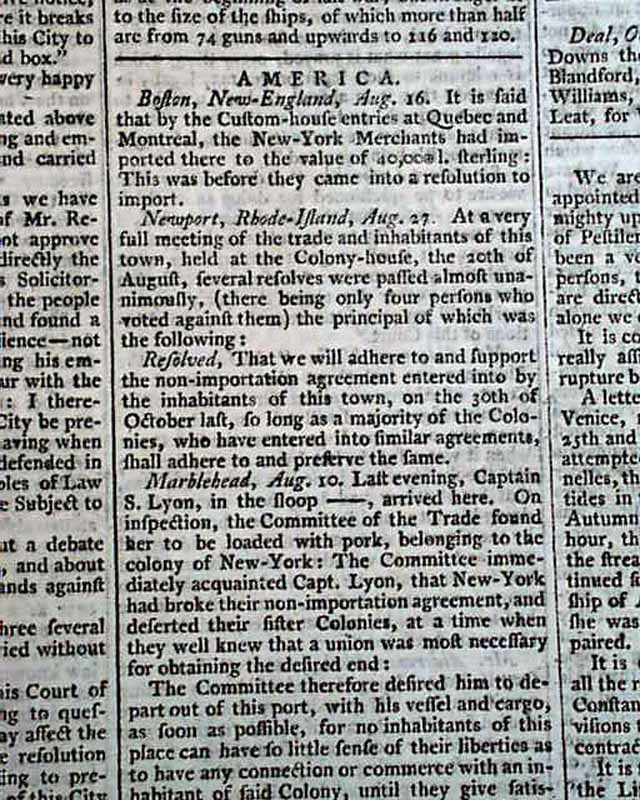 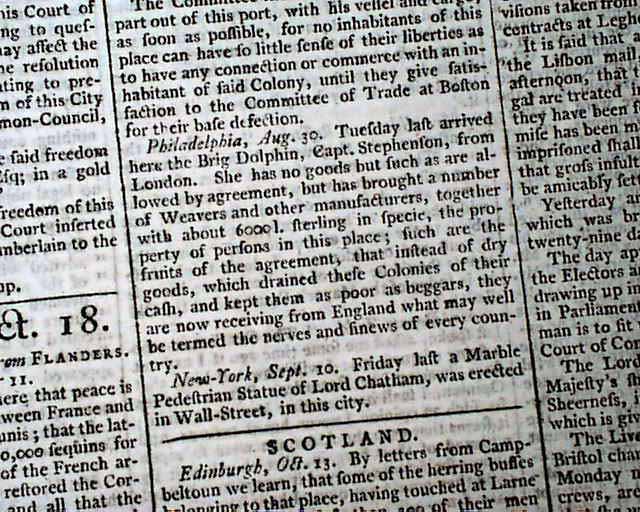