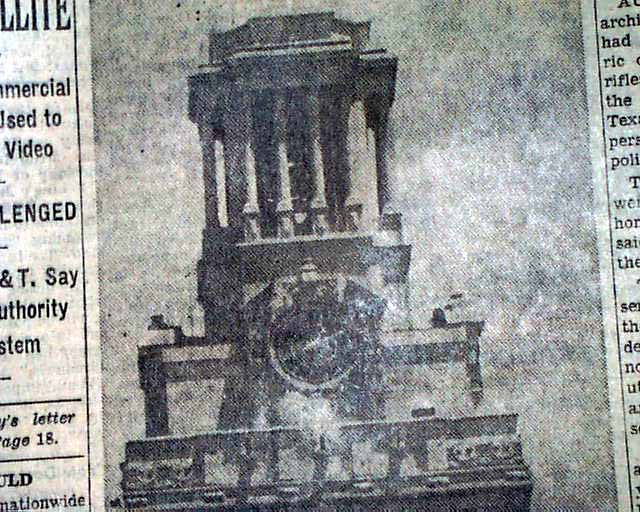 The front page has a four column headline: "Sniper in Texas U. Tower Kills 12, Hits 34; Police Kill Him; Wife, Mother Also Slain" with two related photos. Much more on page 14 with a few more photos. This includes lengthy text. 1st report coverage on the mass murder at the University of Texas by Charles Whitman.

Also on the front page is "'Bewildered' Speck Pleads Not Guilty in 8 Nurses' Deaths" and includes a photo of Richard Speck following his arraignment.

Other news, sports and advertisements of the day. Complete in 56 pages, some margin wear and tear including small piece torn away along top margin (see), otherwise good condition.