Home > Back to Search Results > Defeat of Sitting Bull...
Click image to enlarge 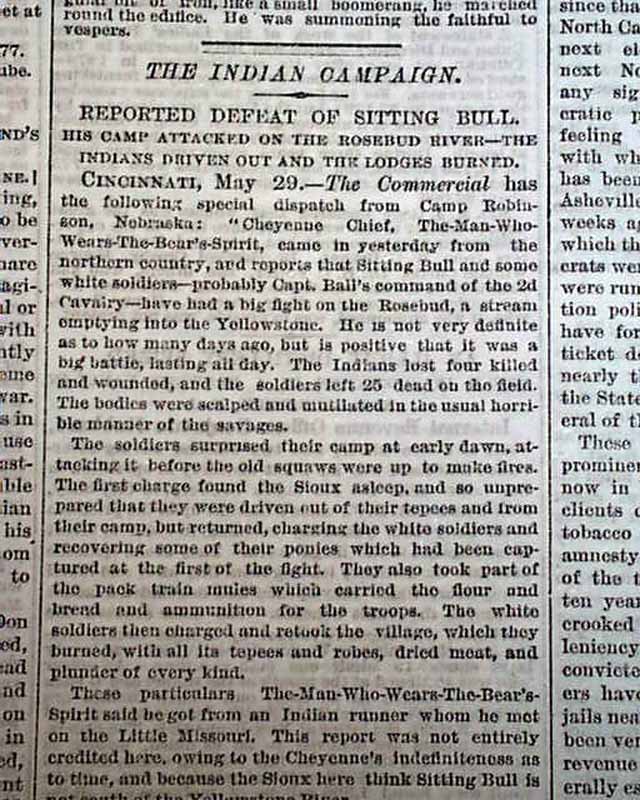 Near the top of the front page is: "The Indian Campaign" "Reported Defeat of Sitting Bull--His Camp Attacked on the Rosebud River--The Indians Driven Out & the Lodges Burned". Further on is: "Fight With The Indians" "Sitting Bull The Leader of the Band" "Indian Outrages In Texas" and more.
Eight pages, various chipping at the margins affects a few words but not any mentioned reports, partially loose at the spine, browning at the margins. Should be handled carefully.