Home > Back to Search Results > Creating the Lincoln Memorial...
Click image to enlarge 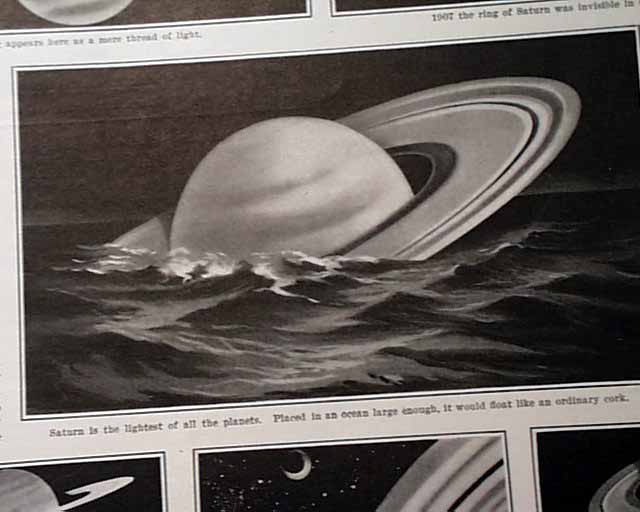 This issue still has the color outer covers (not commonly found) with the front cover featuring a print of Saturday from another heavenly body (see photos). This relates to an inside article: "Saturn, the Most Interesting Planet of the Solar System" which has many illustrations (see photos). The front page inside has an interesting series of photos on how the columns of the Lincoln Memorial were created, with a descriptive article inside as well. At the back is a color cover for Fatima Turkish cigarettes.
Complete in 20 pages plus covers, tiny binding holes at the blank spine, great condition. 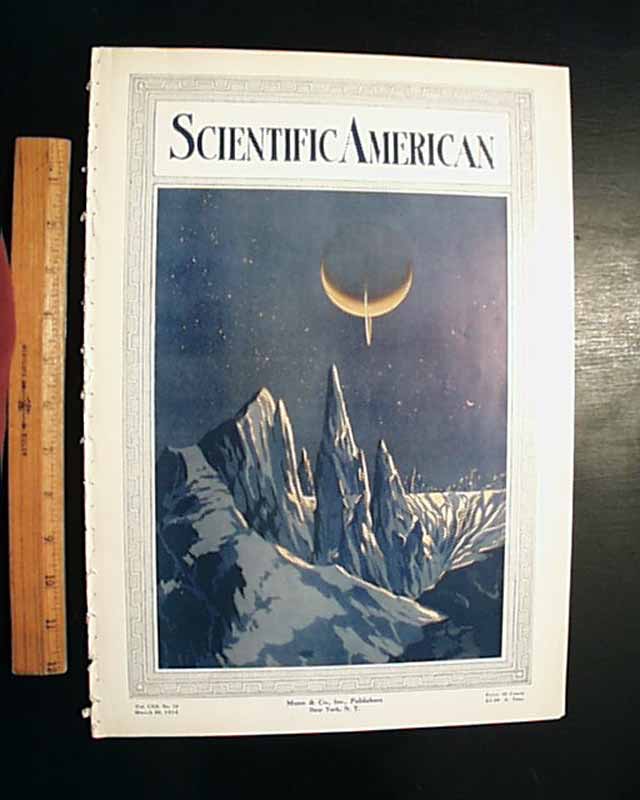 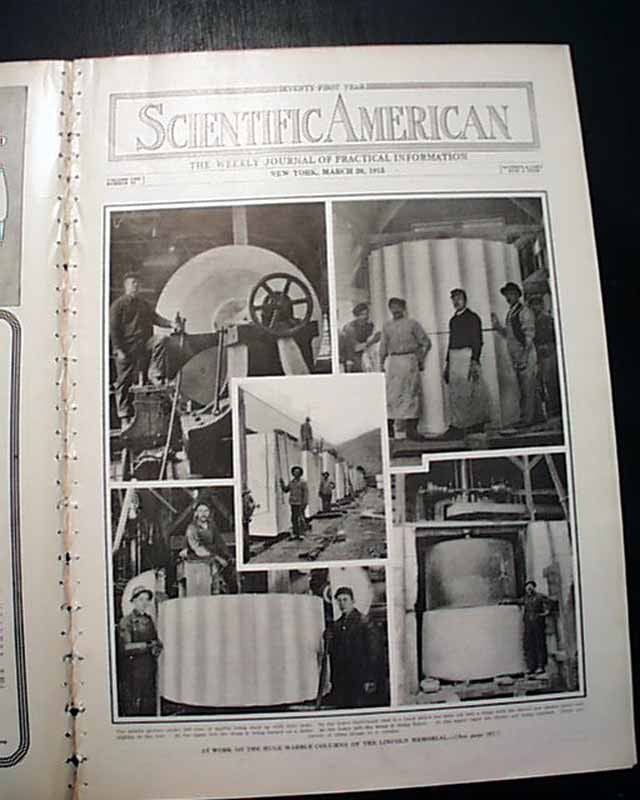 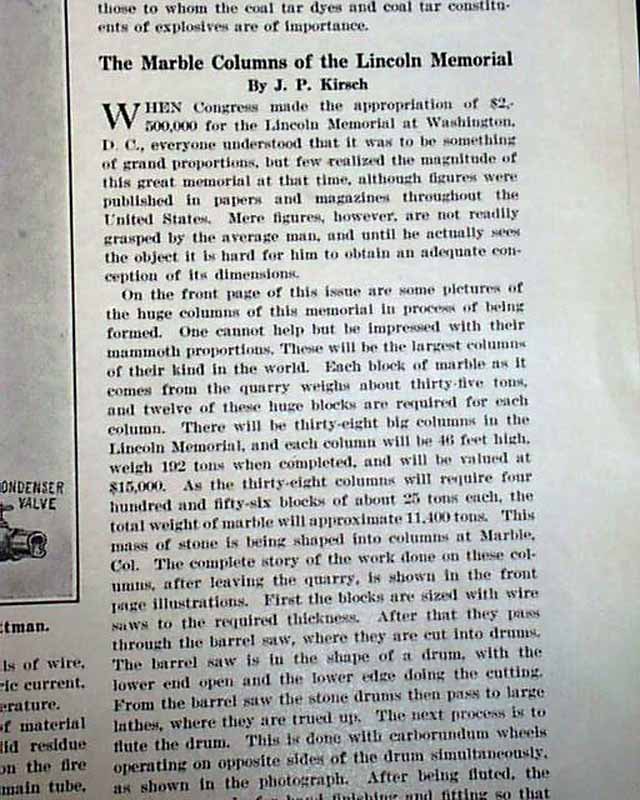 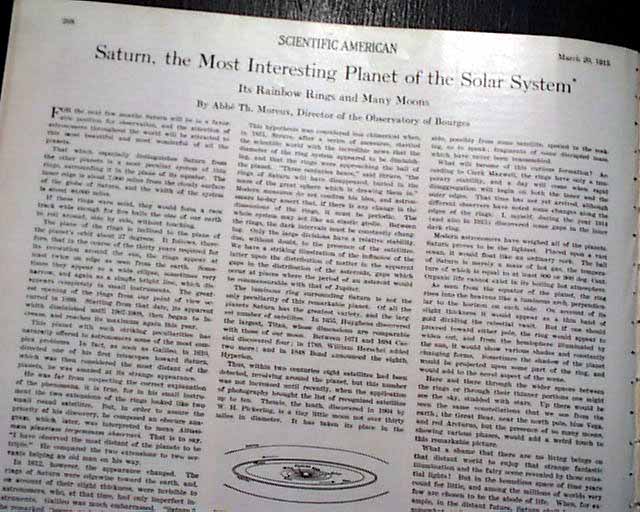 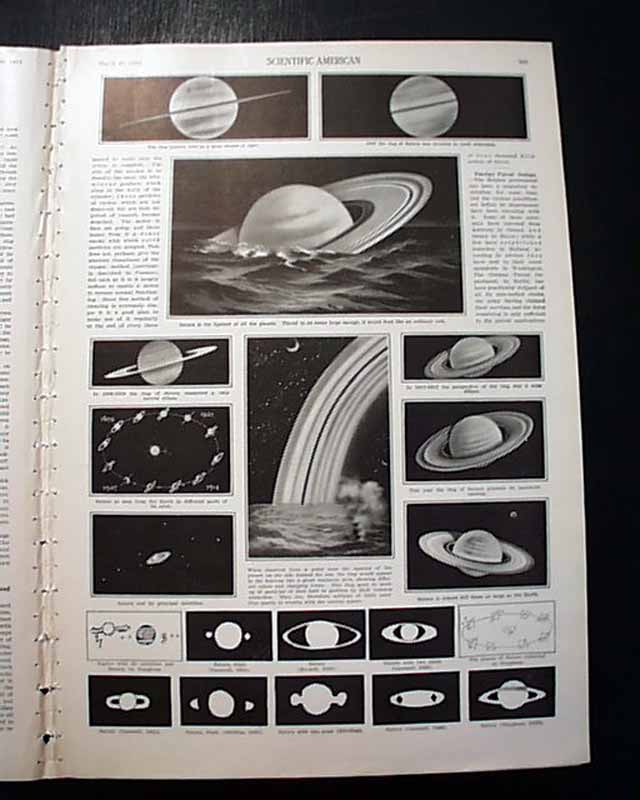