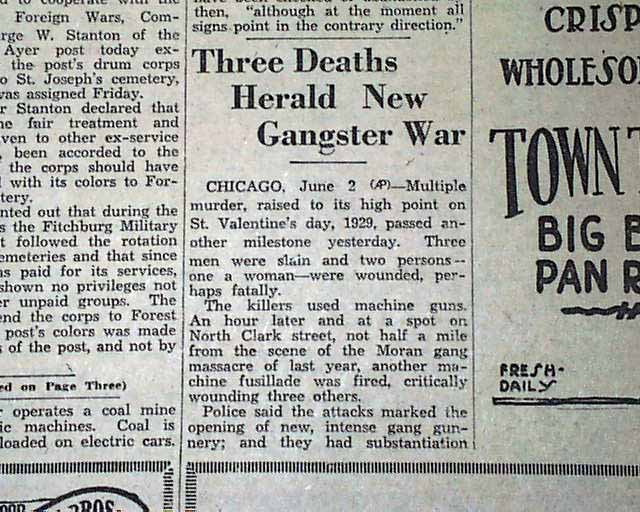 This 12 page newspaper has a small one column heading on the front page: "Three Deaths Herald New Gangster War".  This is 1st report coverage on the Fox Lake, Illinois gangster raid which many consider to be a retaliation for the infamous St. Valentines' Day massacre.

Other news of the day. Minor margin, otherwise in good condition.