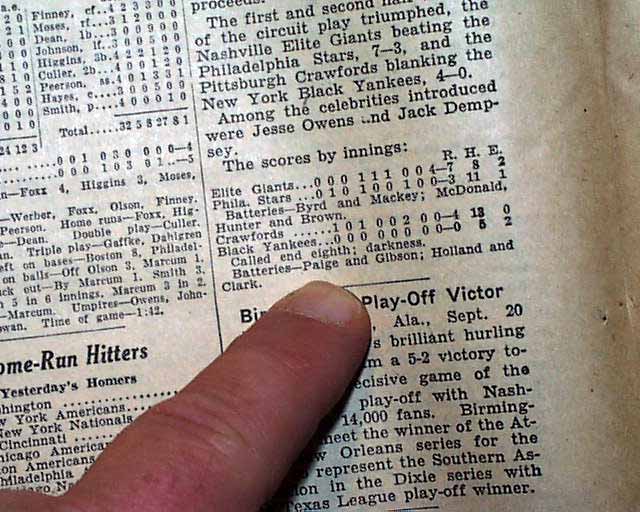 This 40 page newspaper has small one column headings on page 18: "Nashville Giants Score" and "Crawfords Also Win at Langford Benefit Card Before 18,000"

See photo for brief text on two Negro league baseball games. Notice the name ""Paige" as one of the batteries of the Pittsburgh Crawfords game. This is the famed Satchel Paige, 11 years prior to him entering MLB. Uncommon to find reporting on the Negro Leagues during this time.