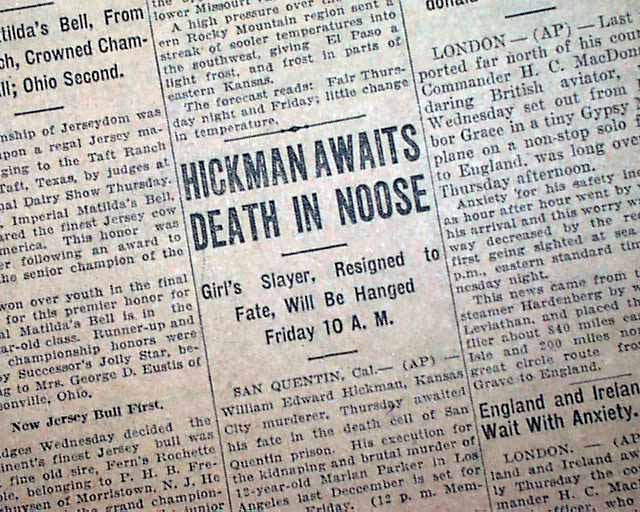 This 20 page newspaper has one column headlines on the front page: "Hickman Awaits Death In Noose", "Girl's Slayer, Resigned to Fate, Will Be Hanged Friday 10 A.M.".

This tells of the upcoming execution (eve) by hanging of William Edward Hickman for the murder of 12 year-old Marion Parker after kidnapping her.