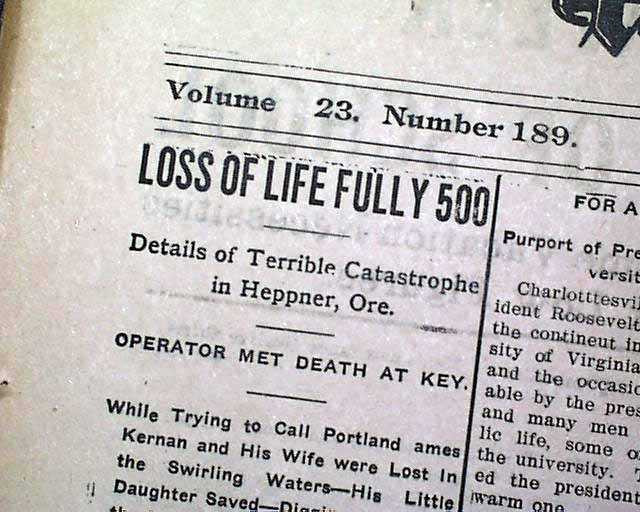 This 4 page newspaper has one column headings on the front page: "Loss Of Life Fully 500", "Details of Terrible Catastrophe in Heppner, Ore." and more (see photos). Coverage on the worst natural disaster in Oregon history.

Other news and advertisements of the day. Light browning, a little spine wear, otherwise good.. Should be handled with care.

wikipedia notes: Heppner was almost destroyed by a flood on June 14, 1903. The flood was precipitated by a sudden cloudburst and accompanying hail that caused a debris dam collapse and flash flooding. A wall of water and debris swept down the creeks and canyons and through the city. It has been estimated that 225 people or a quarter of the city's population was drowned. Property damage was reported at nearly $1,000,000. The nearby cities of Ione and Lexington also sustained significant damage.