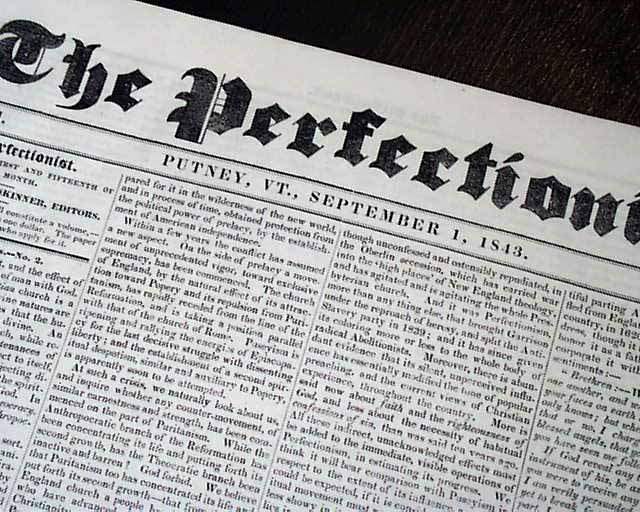 THE PERFECTIONIST, Putney, Vermont, Sept.1, 1843  This is the earliest Oneida Community title we have, from shortly after its formal beginning. This small folio-size newspaper only published twice a month, by J. H. Noyes & J. L. Skinner. Within these 4 pages the editors espouse their Christian philosophy which became the foundation of the Oneida movement, which would take on greater presence in the decades to come. Noyes saw man as reaching a state of perfection (hence the title) or sinlessness at conversion. When Noyes asserted this doctrine of complete release from sin at conversion while studying at Yale Divinity School, he was denied ordination. It is said that one of the reasons that Noyes adopted this doctrine was the fact that he could not believe that he was a sinner, since he could not summon up from within any feeling of deep guilt and despair. For whatever reason he adopted this doctrine, it was the underlying foundation of his future endeavors and permeated the content within his publication.
Complete in 4 pages, measures 11 3/4 by 16 inches, great condition. 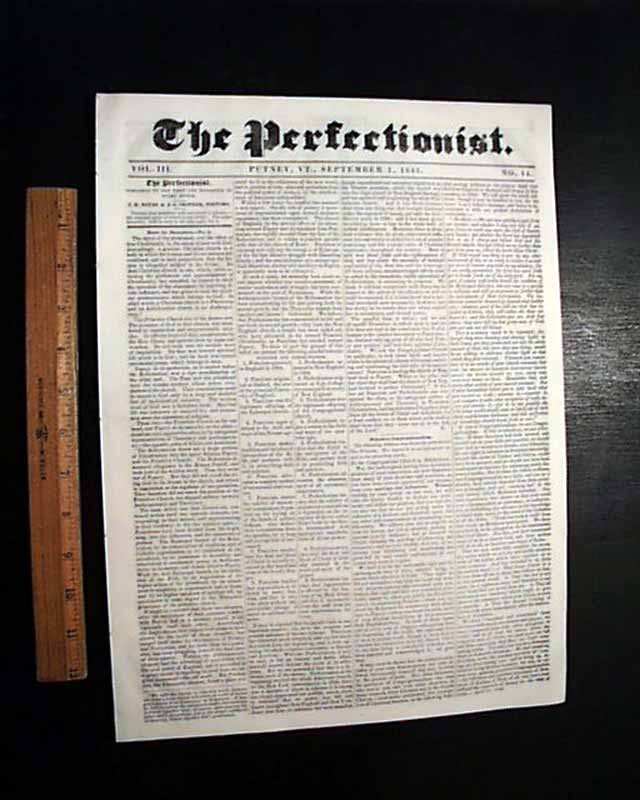