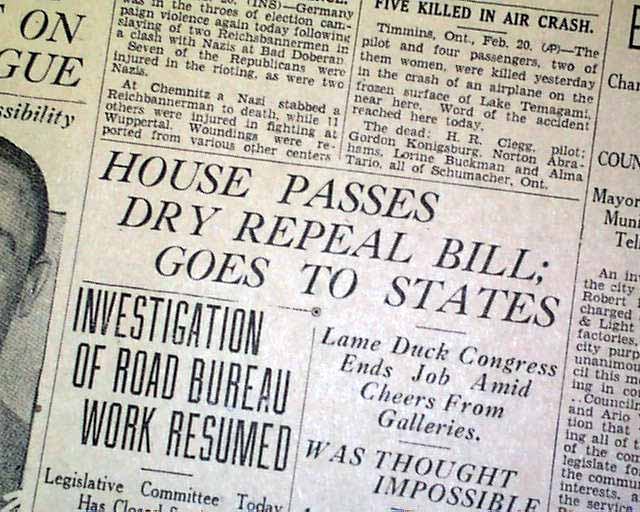 with subheads that include: "Lame Duck Congress Ends Job Amid Cheers From Galleries" and more (see photos). Coverage on the impending end of prohibition.