Home > Back to Search Results > Sad state of affairs in Virginia...
Click image to enlarge 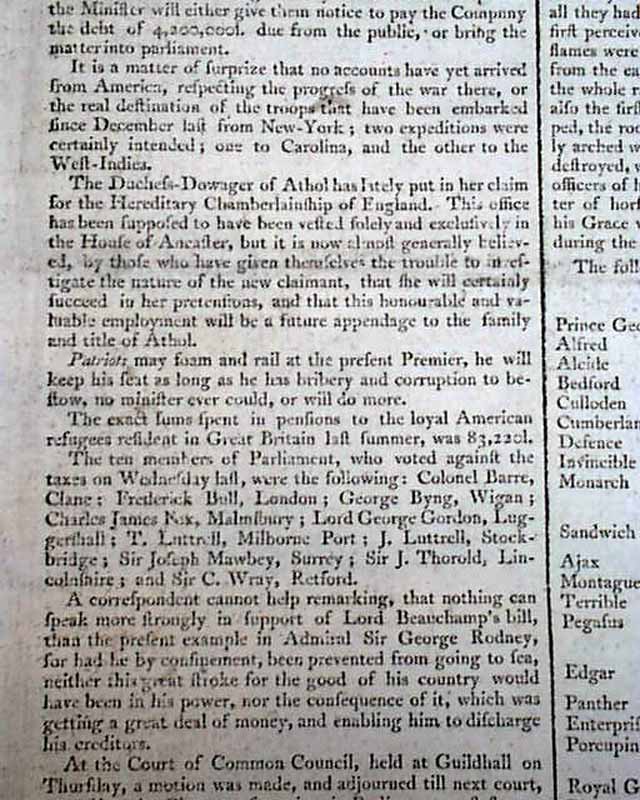 Sad state of affairs in Virginia...

Page 3 has a small item: "It is a matter of surprize that no accounts have yet arrived from America respecting the progress of the war there, or the real destination of the troops that have been embarked since December last from New  York; two expeditions were certainly intended; one to Carolina, and the other to the West Indies." Another item has a dismal opinion of the situation in Virginia: "Virginia, the deluded, oppressed, and now irritated Virginia, waits but a fit opportunity to shake off the usurped dominion of the Congress that has reduced the provinces from a state of opulence & splendour to the most wretched condition that ever a people experienced. Grasping at a h=phantom, they have lost the substance! Their credit gone, their trade annihilated; and their good & great ally has not succeeded in assisting them." (see)
Four pages, folio size, nice condition.