Home > Back to Search Results > The coronation of King George VI...
Click image to enlarge 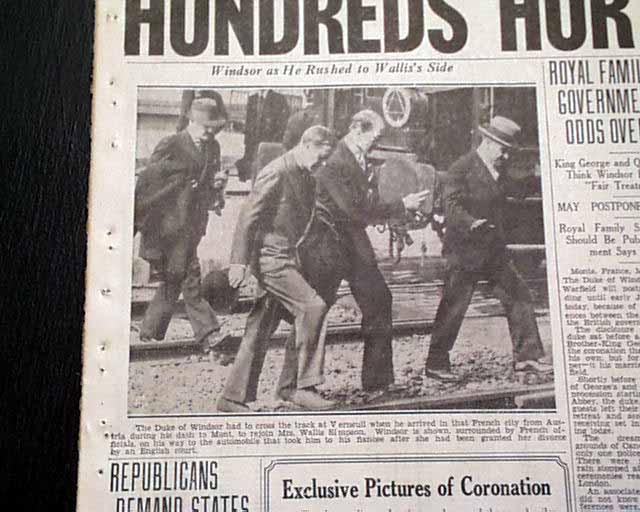 The coronation of King George VI...


THE BETHLEHEM GLOBE-TIMES, Bethlehem, Pennsylvania, May 12, 1937

The front page has a nice banner headline: "HUNDREDS HURT AT CORONATION" with subheads that include: "George VI And His Radiant Queen Crowned Amid Scene Of Greatest Pomp, Splendor" and more with photos.

Other news, sports and advertisements of the day. Complete in 24 pages, good condition.

wikipedia notes: George VI's coronation took place on 12 May 1937, the date previously intended for Edward's coronation. In a break with tradition, Queen Mary attended the ceremony as a show of support for her son. There was no Durbar held in Delhi for George VI, as had occurred for his father, as the cost would have been a burden to the government of India. Rising Indian nationalism made the welcome that the royal couple would have received likely to be muted at best and a prolonged absence from Britain would have been undesirable in the tense period before World War II. Two overseas tours were undertaken, to France and North America, both of which promised greater strategic advantages in the event of war. 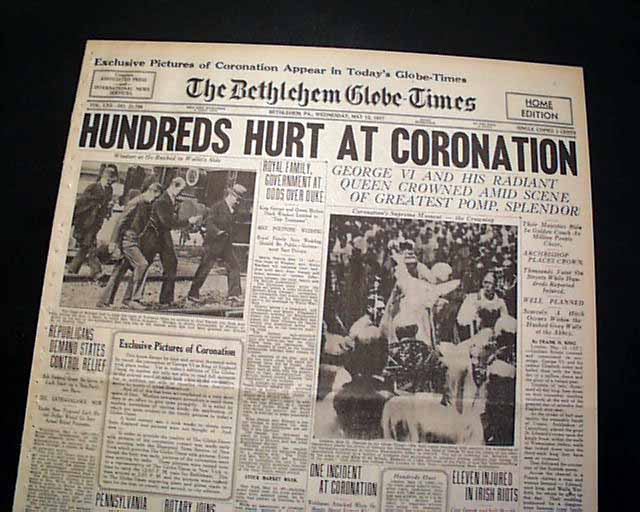 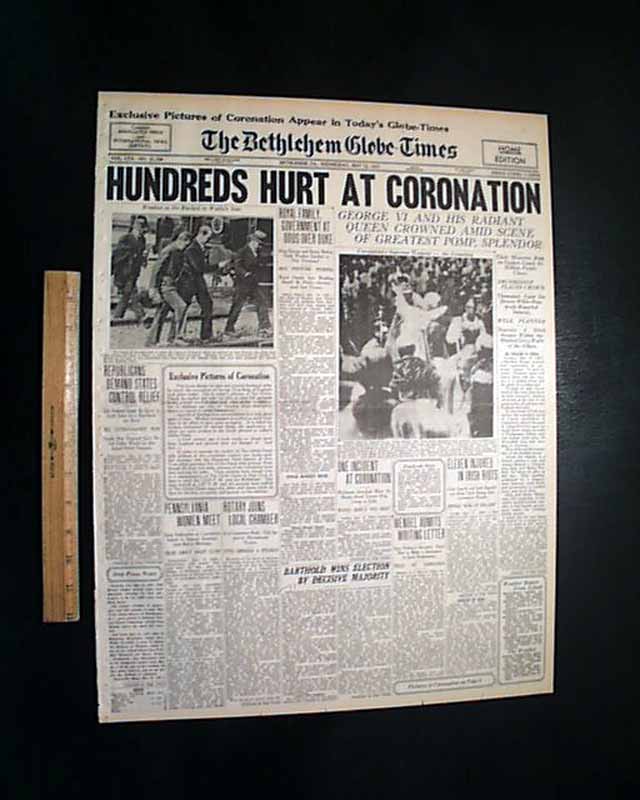 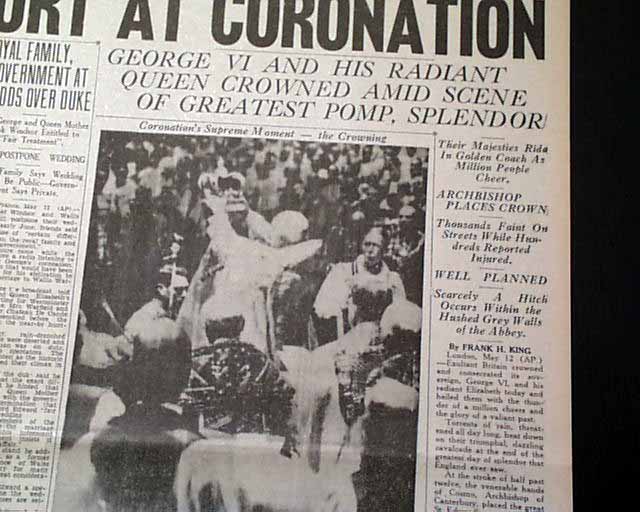 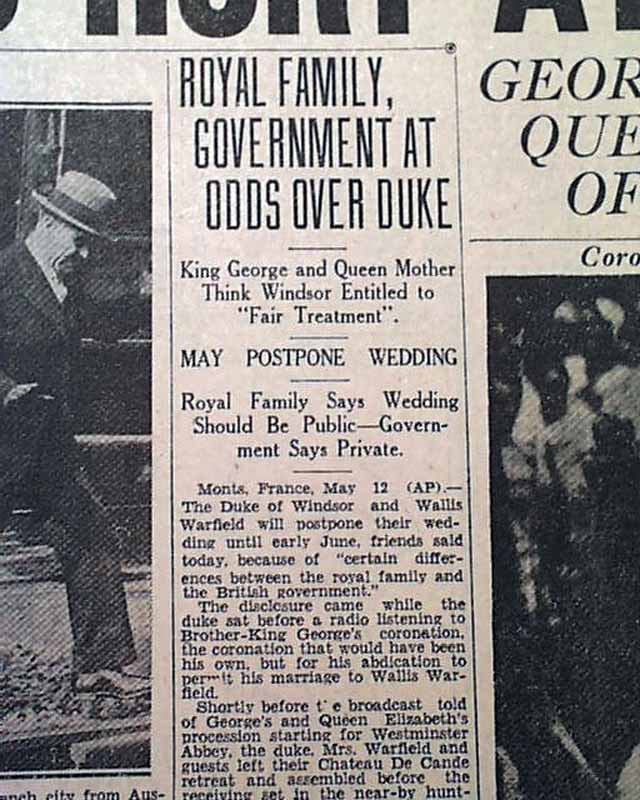