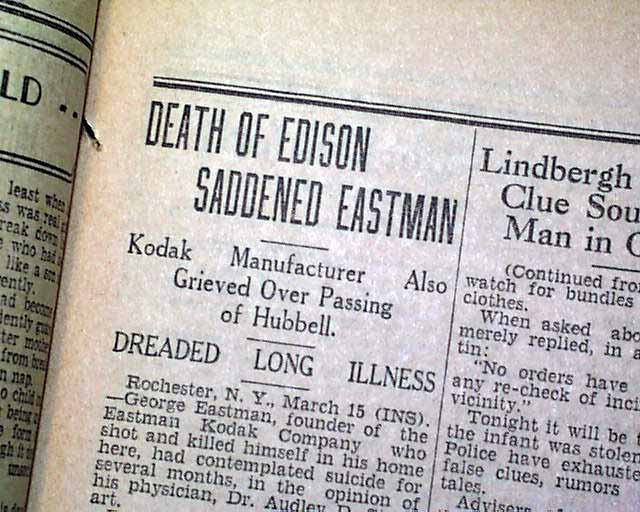 This 18 page newspaper has one column headings on page 5: "DEATH OF EDISON SADDENED EASTMAN", "Kodak Manufacturer Also Grieved Over Passing of Hubbell" and "Dreaded Long Illness" Coverage on the suicide of Kodak camera inventor George Eastman.

Other news, sports and various advertisements of the day throughout. Minor spine wear, otherwise good condition.