Home > Back to Search Results > Al Capone gets 6 months in jail...
Click image to enlarge 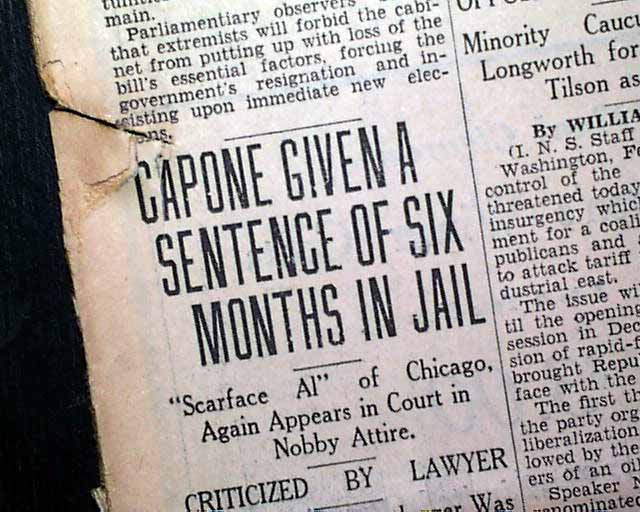 Al Capone gets 6 months in jail...

The front page has one column headings: "CAPONE GIVEN A SENTENCE OF SIX MONTHS IN JAIL", "'Scarface Al' of Chicago, Again Appears in Court in Nobby Attire", "Says Leader of Bootlegger Was Not as Ill as He Tried to Make Out" and more. This is 1st report coverage on Al Capone's contempt of court sentence.

Other news, sports and advertisements of the day. Complete in 26 pages, some spine wear with binding slits which somewhat effects the mentioned report (see), otherwise good.