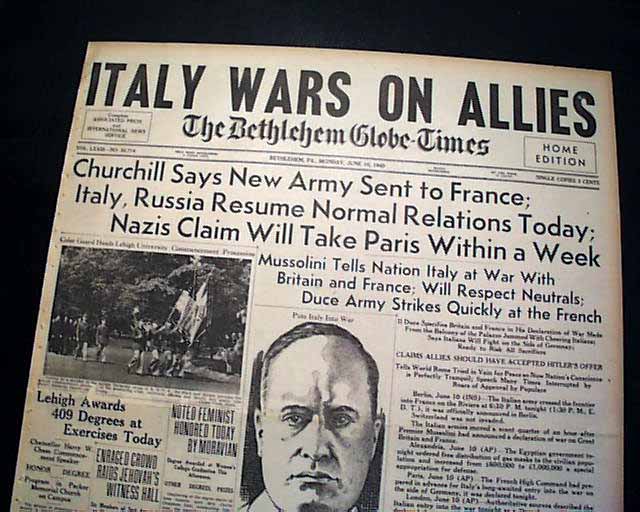 This 18 page newspaper has a nice banner headline above the masthead on the front page: "ITALY WARS ON ALLIES"

with lengthy subheads and illustration of Mussolini (see photos).