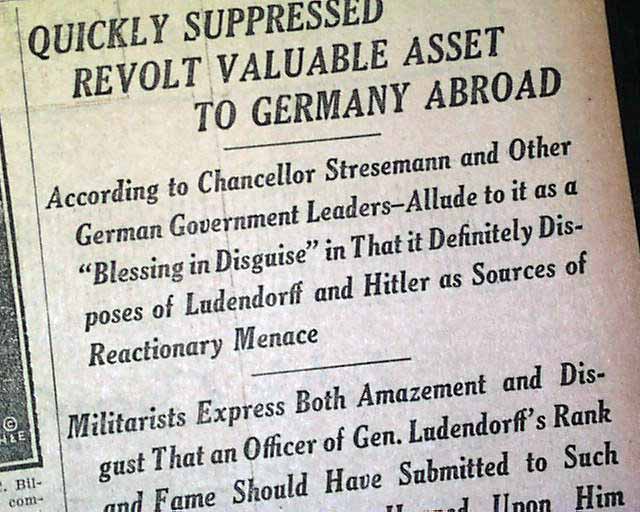 This 12 page newspaper has two column headlines on the front page:  "QUICKLY SUPPRESSED REVOLT VALUABLE ASSET TO GERMANY ABROAD", "According to Chancellor Stresemann and Other German Government Leaders--Allude to it as a 'Blessing in Disguise' in That it Definitely Disposes of Ludendorff and Hitler as Sources of Reactionary Menace" and more. Other news, sports and advertisements of the day. Light browning, minor margin wear, otherwise in good condition. 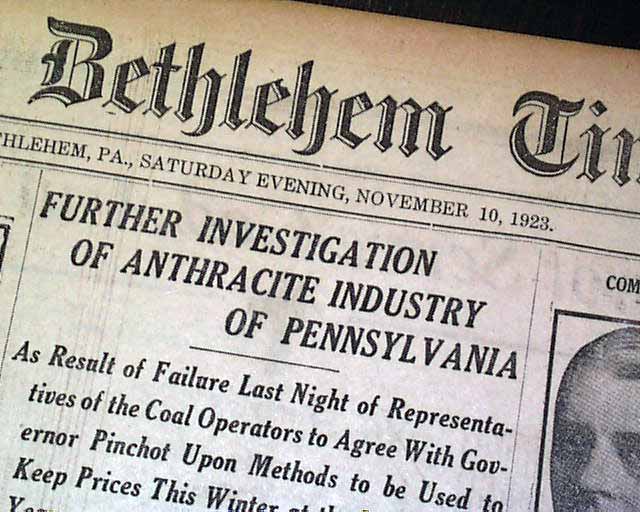 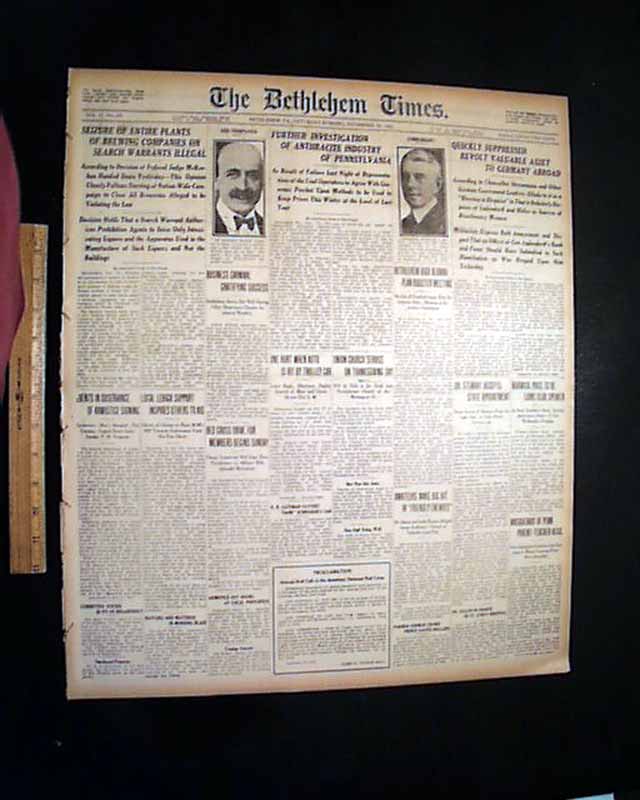 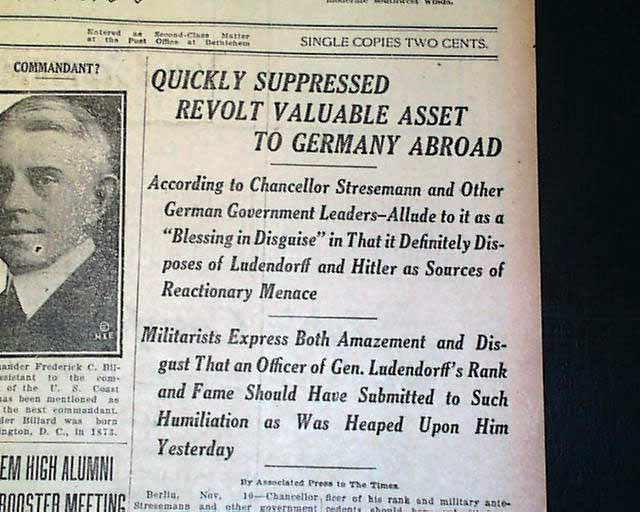 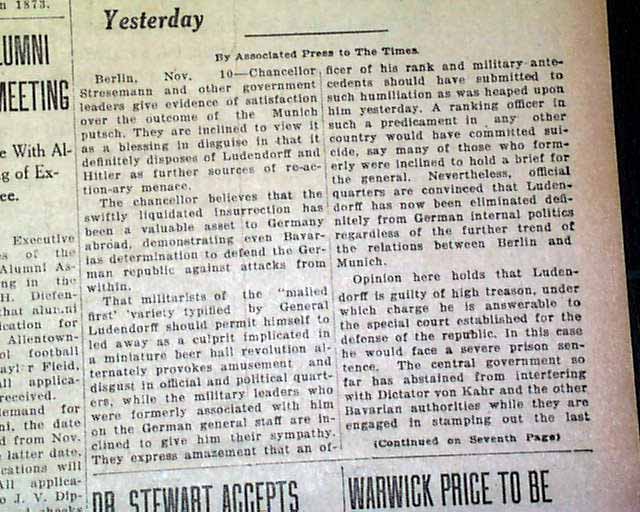