Home > Back to Search Results > A letter signed by John Jay...
Click image to enlarge 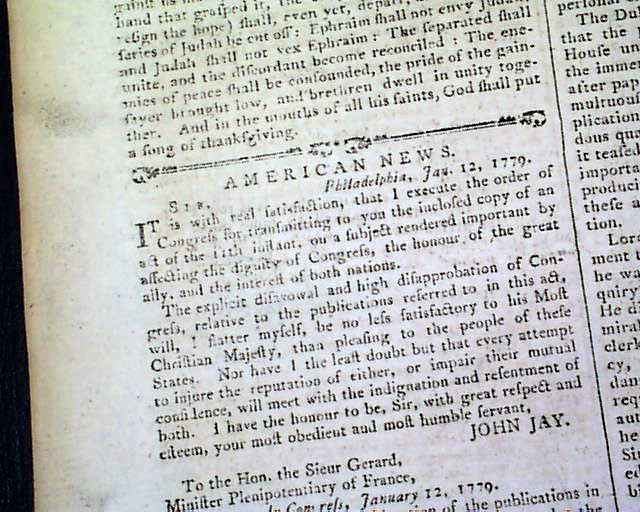 Page 2 has a letter from Congress, prefaced with a note of explanation signed in type by: John Jay, concerning disavowing a publication which appeared in the Penna. Packet newspaper (see photos). Also a report from the Boston Gazette that: "General Washington, upon application to General Clinton, being refused the privilege of transporting provisions by water...has ordered General Heath to march them from their present quarters to the back parts of Virginia." (see photos).
Four pages, folio size, light dirtiness to the front page, some period notations to advertisements only (this was apparently the editor's copy), nice condition. 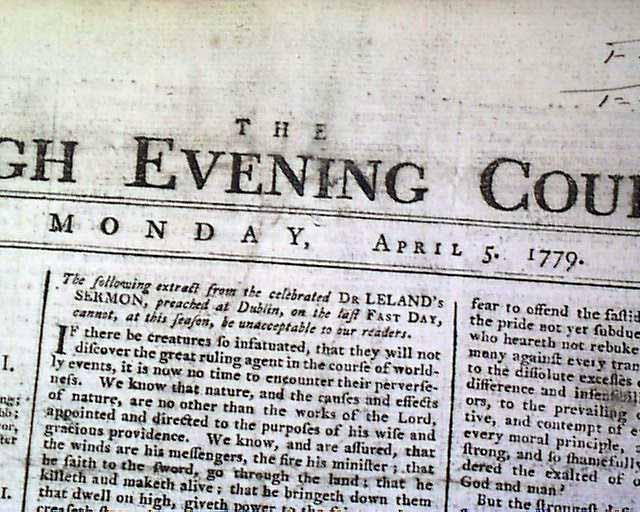 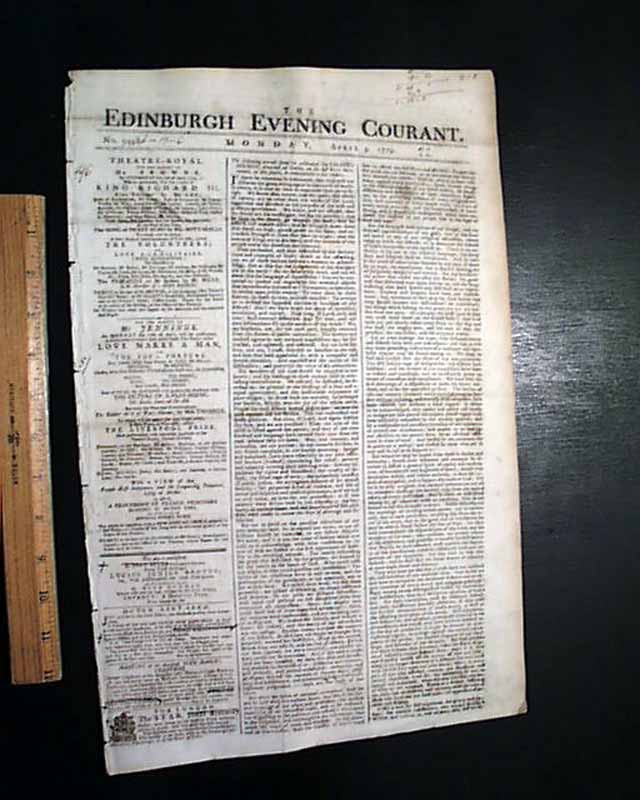 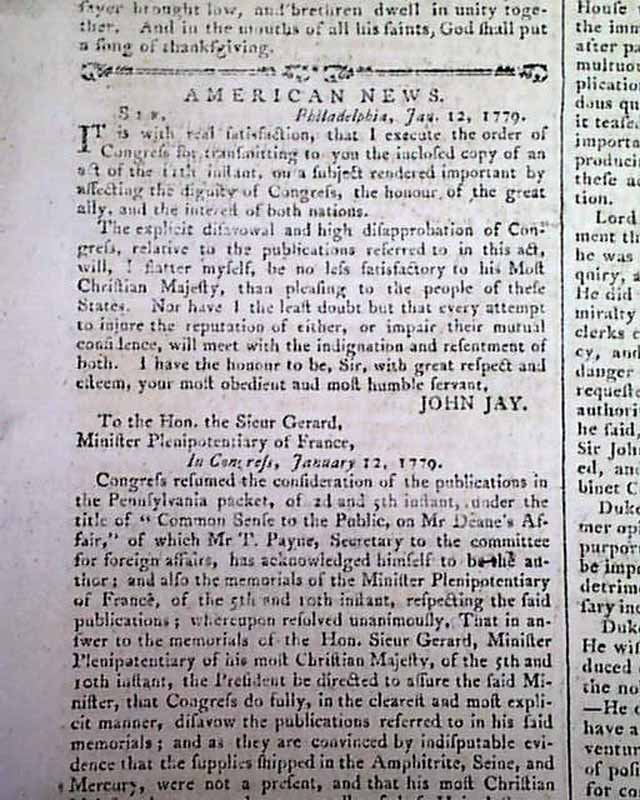 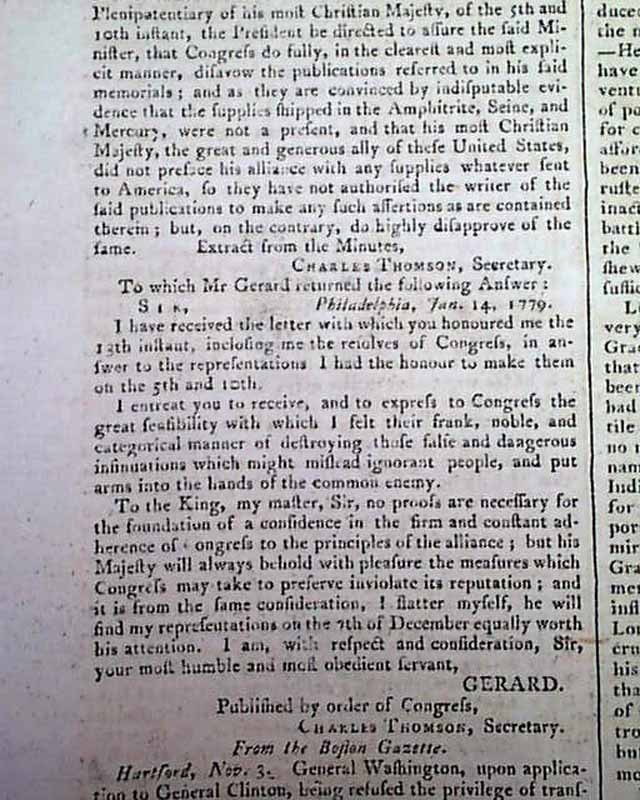 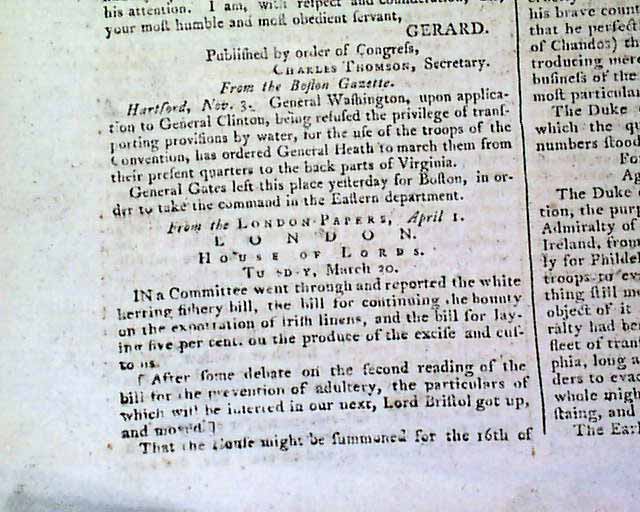